On Saturday 15 February 2003, co-ordinated demonstrations took place in 600 cities across the world, as up to 30 milllion people united in opposition to the impending invasion of Iraq. Today, the publication of the Chilcot Inquiry report revealed what many feared at the time – that Tony Blair had effectively already assured George Bush of the UK’s involvement in the war.

On 15 February 2003, the Scottish Labour Party happened to be meeting for an early spring conference in Glasgow’s SECC, with Tony Blair due to address the gathering in the mid-afternoon. At the other end of the city, 100,000 protesters were gathering in Glasgow Green, due to march on the venue in time for Blair’s speech.

The demonstrations that day have since become a by-word for the “failure” of political protests. Blair would go out of his way to avoid the march in Glasgow, shifting his speech to 10:30am, well ahead of the protestors’ arrival outside the SECC.

The demonstration on that day was unlike any other in Glasgow, before or since. I was 12 years old and part of a large delegation – about 150 – from my small community. It was unheard of. The walk from Central Station to Glasgow Green sticks vividly in my mind to this today. It seemed like everyone in the city that day had one thing on their minds.

Below, we present eight iconic photographs from the day from local photographer Craig Maclean, as Scotland showed its opposition to an illegal, immoral and unjust war. 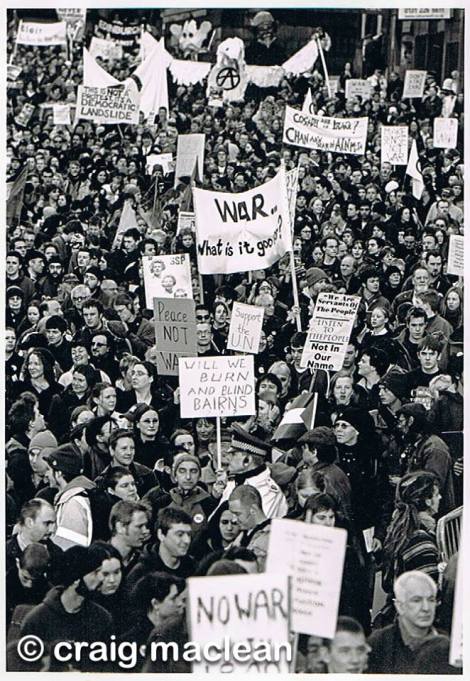 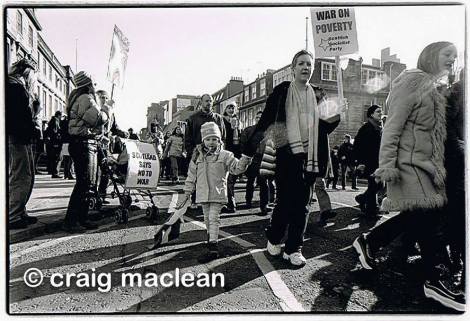 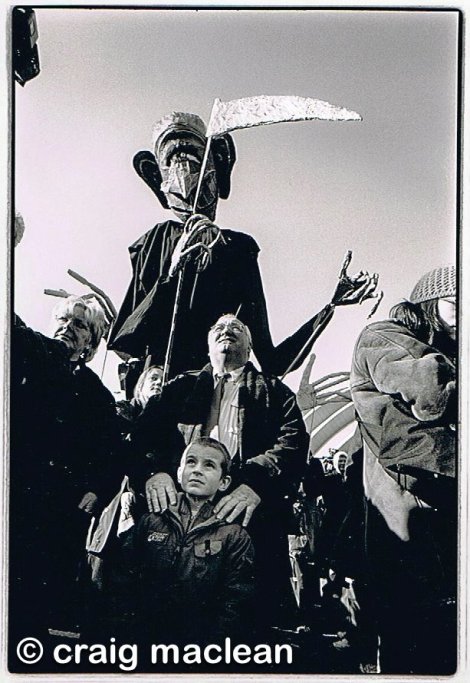 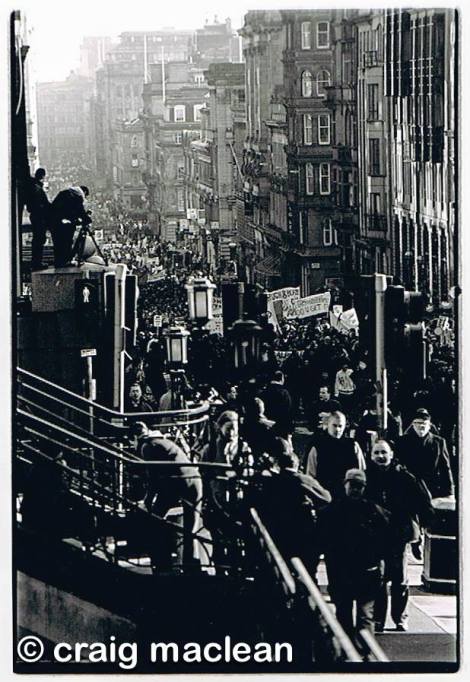 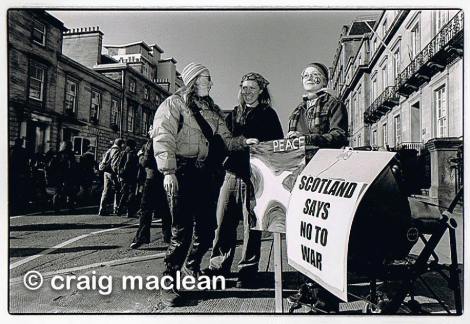 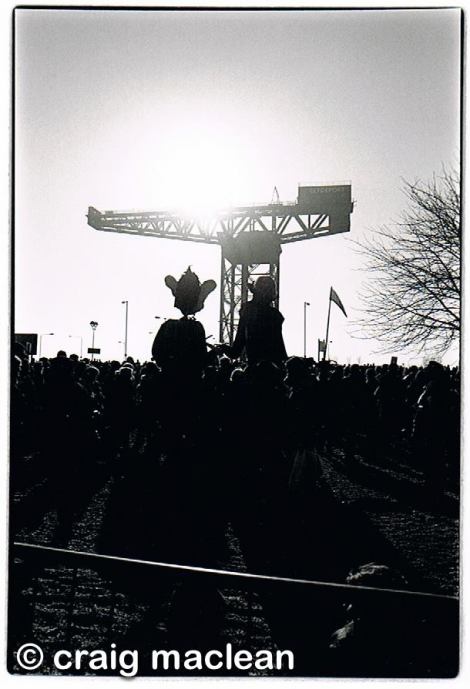 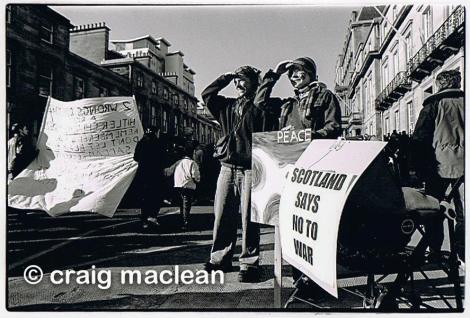 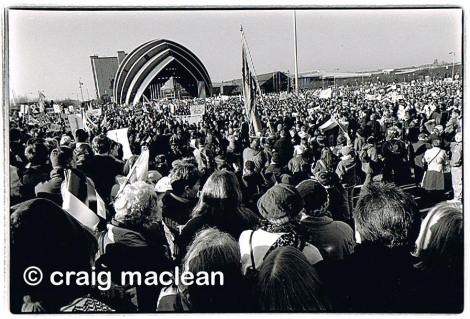 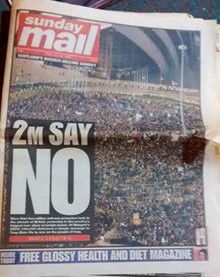 Related content, every one of these wankers who voted for the war: