This week, the SNP approved the plans to extend a ban on camping across popular spots in Loch Lomond and Trossachs National Park, coming into effect from March 2017. It’s a move that naturally pleases landowners and local hoteliers but has little support from anyone else. The park authority have long campaigned for this as a solution to the problems caused by mass camping in concentrated areas: littering, burning tents, taking chainsaws to trees, playing that ‘boom boom music’ etc. It’s an elitist move designed to deter visitors from the park who can’t afford a night in a garish, tartan clad hotel and who might lower the tone for the high spending guests they’d prefer to attract. This comes from a public body that openly mocks people on benefits, famously creating a map with names such as ‘giro bay’, demonstrating their open contempt for visitors.

Although the national park status is still recent, the area has long been a place for people in the Glasgow to escape the drudgery of unemployment and employment. You can get a train to Balloch in less than an hour and from there, the endless possibilities of the loch and the Highlands beyond are at your disposal. The generation that produced the likes of Tom Weir and Jock Nimlin would think nothing of setting off by foot after a shift, camping by the loch, climbing a hill the next day before returning to Glasgow with a couple of hours sleep before work on Monday. In this episode of ‘Weirs Way’ they talk about how busy the loch was when they were exploring it, mentioning camp fires being lit all the way down the shore:

We’re now in a bizarre situation where it’s legal to camp anywhere in Scotland except those areas near major population centres where people actually like to camp.  The Land Reform Act of 2003 guaranteed the right to wander about and camp out anywhere that isn’t interfering with the use of the land. It’s a law they don’t have in England or most of Europe and it means people can move around the countryside without worrying about shotgun wielding farmers chasing them, as long as they don’t take the piss. The kinds of criminal activities mentioned in the bill are already illegal and there are sensible ways of targeting those responsible without ruining it for everyone else. It’s the equivalent of banning everyone from driving because a few people drink drive.

The park authority trumpets the current ban as a success, pointing to a decrease in crime in the exclusion zone. This opinion is not shared by Kevin Findlater, the former police officer responsible for policing of Loch Lomond and the Trossachs, who believes the reduction in crime is more to do with his ‘Operation Ironworks’ scheme which saw officers stepping up patrols in the park. Presumably he called it that to make the idea of a couple of polis wandering around the woods in midgie nets seem a bit more intimidating to wannabe arsonists and fly tippers. In outlining the absurdities details of the law, Findlater said,  “Leaving aside the sensible legislation that already exists to protect wildlife this bylaw goes to the ridiculous level of making it a criminal offence to cut nettles, pick common flowers, collect wild fruit or, in an effort to dispose of the demon human waste, to dig a hole in away that disturbs the sods!”

But picking berries and going for a wild shite are not pastimes reserved for overnighters, these are popular activities for day trippers as well. The attraction for all visitors is the sense of freedom that comes with the grand scenery, an atmosphere which can be undermined by over zealous park rangers checking the bushes for anyone with a turtle head poking through. 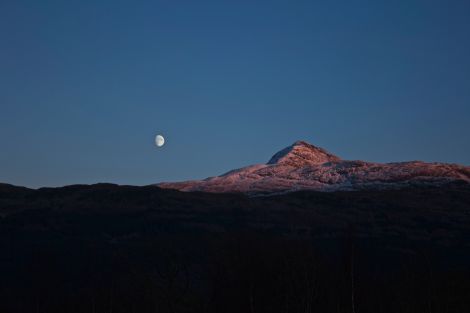 The moon: coming out in the gloaming

The litter loutery needs to be seen in perspective. For hundreds of years, this part of the country has put up with drunken warlords stampeding their cattle and fighting each other all over it, so it can probably handle a few people huddled around a fire trying to skin up in the rain. For all the beauty, grandeur and romance it’s hardly a pristine wilderness.

In 2012, the park barons gave the go ahead for the controversial Cononish gold mine, having previously rejected it due to concerns about the impact on the environment around Glen Cononish. The view of Ben Lui coming up the glen is spectacular and the area also includes ancient woodland and a nature reserve, valued for its diverse range of flowers and insects. Scotgold, the Australian company behind the project, addressed these concerns by promising to plant rows of trees along the approach to Ben Lui, to shield the eyes of hill walkers from the ugly machinery and grubby gold diggers. In terms of protecting the ecosystem it’s only slightly better than erecting a painted backdrop of a forest but it satisfied the board. 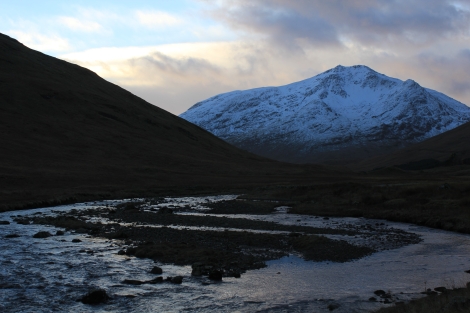 It turned out that the vice convenor and chair of the planning committee, Owen McKee, had bought over half a million shares in Scotgold. Board members raised concerns about this conflict of interest but park convener Linda McKay made it clear they were to keep quiet, with members not even being shown the full details of the subsequent investigation. Mr McKee ended up selling his shares for a loss but this could be a blessing in disguise, as the mine will likely turn out to be a flash in the pan. The idea has been on the cards since the 80s but has struggled to get off the ground because the fluctuating price of gold makes it a high risk venture. 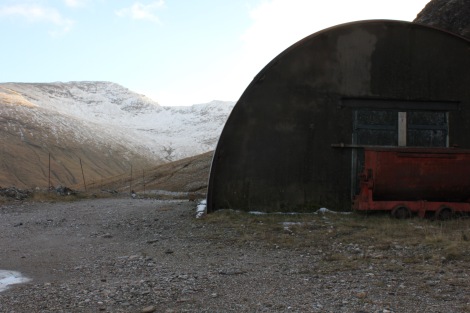 The natural beauty of the Cononish mine

Even if there is plenty of gold in them thar bens it’s an expensive business to extract it, especially without spilling poisonous mercury and cyanide into rivers and scarring mountain sides with tracks and debris. Scotgold promise a small scale operation and make much of the employment and business it will bring to the area. It’s also got a novelty factor for tourism, The Green Welly Stop already sell panning kits although since the project has the go ahead it is now illegal to actually try your luck. 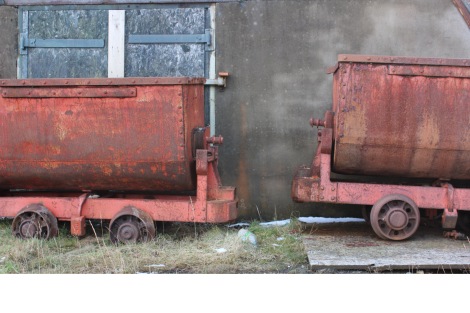 If we can tolerate this kind of exploitation of our natural resources with all the accompanying mess and pollution then surely we can deal with a minority of people causing low level vandalism without ruining the experience for the vast majority who aren’t. The real concern is that this ban will creep in around the rest of Scotland as people are moved on from the park area. Other popular spots outwith the park boundaries, such as Glen Etive are similarly strained and it can only be a matter of time before more exclusions zones are proposed, the Forestry Commission have already expressed an interest.

We need to be vigilant about further erosion of our access rights and not give an inch. The park authorities are acting like the very worst of the landowners they are supposed to protect us from, recklessly self centred and unaccountable. They are not fit to look after such a special place that so many people in Scotland hold dear to them, instead they’ve prioritized the needs of a select group of businesses and transferred our natural resources into the hands of a multinational company with a slick sales pitch. The SNP government have also failed this most basic test of their land reform credentials, raising worrying questions about their appetite for standing up to bullying landowners in other parts of Scotland. It would be nice if instead of victimizing campers, they set their sites on tackling the tweedy clad visitors to the grouse moors and “deer forests” which have caused such devastating destruction to the environment all over the country.

Glasgow City Council clamp down on sitting outside

2 responses to “Whose bonnie banks? Loch Lomond and the camping ban”