Our brave brocialist brother, Russell the Brand, is this week in urgent need of the solidarity of the poor and the dispossed, in his battle against the mainstream media, who’re so keen to silence him they’ve reduced him to mere front page news.

We must be a voice for this almost voiceless man, as he struggles against the Sun, with only 13 times more Facebook fans, 8.6m Twitter followers  and being only a fraction of the multi millionaire that loaded members of the bourgeoisie, like Channel 4 journalists, probably are.

It was a great honour to welcome the indefatigable George Galloway to address this week’s meeting of The National Coalition Against Journalism [Brandist-Leninist].  The Gorgeous one expressed support for Brother Brand’s denunciation of that snide capitalist Paraic O’Brien, who as we all know is just a shill for the British state/Dale Farm residents/victims of historic abuse/the one world government.

Our eyes have been opened and we will not tolerate the false consciousness of being given the news by our neo-liberal masters, when we can now watch Youtube footage of Russell Brand talking to David Icke or Alex Jones about 9/11 and lizards.

Every true Marxist knows that women can be very distracting, so we are grateful to our new head of Brand values for his opposition to women on page 3 (and more generally.) 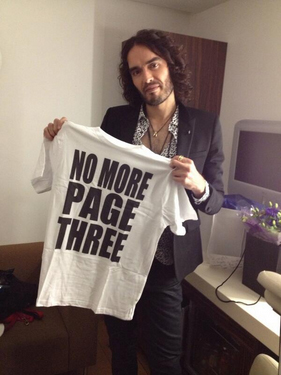 The corporatist media, who Russell Brand would never be regularly featured in, offer only stale misogyny but his struggles prove that revolutionaries can harness the power of new technology to devastating effect, like phoning up the grandparents of women we’ve slept with and then streaming the call online.

We must remember the message of the messiah – democracy is just a waste of time, the true radical abstains from elections and votes with their wallet, by buying a copy of his little read booky wook.

In this epoch of late capitalist tyranny, what could be more revolutionary than a trip to Amazon, to show solidarity with the Brand of Brands? It is nearly Christmas after all. 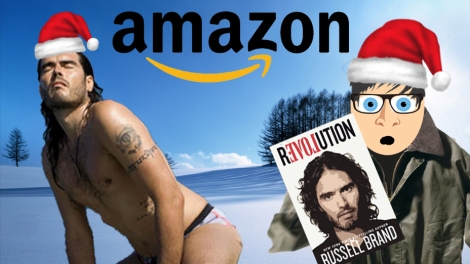 All Hail the People’s Princess!

Workers of the Regions: United with Labour