Loch Lomond and Trossachs National Park Authority have once again caused controversy and a flurry of furious petitions, when plans were revealed for a £30m holiday resort on the southern bank of Loch Lomond. A contract has been awarded to the owners of the Flamingo Land Resort in Yorkshire which, judging by their website, is a heteronormative dystopia of screaming children, creepy, wide-eyed meerkats and air guitar competitions. 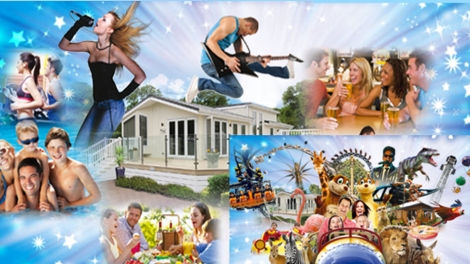 As well as holiday cottages and cabins, Flamingo Land contains a theme park and ‘England’s most visited zoo’. Their plans for Balloch don’t include rollercoasters or animal incarceration but do feature a ‘boutique hotel’ and ‘glamping pods’ with “high-quality, family-based attractions” linking the Lomond Shores shopping centre to the town. 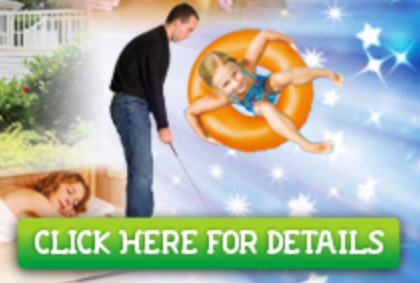 Sadly for Balloch, the resort won’t have a cool name like ‘Flamingo Land,’ instead they’re lumped with ICONIC LEISURE RESORT LOCH LOMOND which sounds like something Donald Trump would come up with. The proposals certainly have a whiff of Menie about them.

Concerns raised about the effect on the environment of the area are countered by claims that it will provide much welcome jobs to West Dunbartonshire which remains one of the most deprived areas in the country. The national park has a goal of promoting:

..sustainable social and economic development of the area’s communities.

What will definitely happen.

It’s unclear how many jobs ICONIC LEISURE RESORT LOCH LOMOND will bring but it’s likely they’ll be temporary, seasonal and low paid. Although the initial plans are vague, the suggestion is an all-encompassing complex including on-site cafes, shops and pubs which means the benefit to existing businesses will be neglible. The service industry is a big employer in West Dunbartonshire but the population is declining, hardly surprising when career prospects are reduced to pulling pubes out of plugs and pulling pints for boorish businessmen. Sustainable, well-paid jobs, which aren’t dependent on the sporadic tourism economy are badly needed in the region as is investment in social housing and public services.

The announcement probably wouldn’t have caused much of fuss had it not come so soon after ramping up the unpopular camping ban, making a mockery of the authorities position that the ban was necessary to protect the fragile environment of the loch. The construction of ICONIC LEISURE RESORT LOCH LOMOND will be far more ecologically destructive than a few manky hikers and handing over 20 hectares of public land to a private developer will also inevitably lead to further restrictions on the common rights to the loch, adding to those imposed by Lomond Shores, Cameron House and Duck Bay which take up the south eastern corner. It also adds to the perception that the authority is overriding the needs of low-income residents in their desire to cater for wealthy guests who can afford to block the plugs and drink the pints in the expensive hotels.

It’s the latest in a series of decisions that the Park Authority have taken which result in making the park less accessible to visitors who don’t have wads of cash to throw around; car parking charges are another popular money-spinner for the authority. Recently, a tender was put out for an Automated Number Plate Recognition scheme at three popular car parks to crack down on non-payers. The brief included the objective to,

Maximise the revenue achieved via all car parks across stated NPA sites.

There’s no doubt a problem with traffic congestion in the park but expensive car parks, policed by computers will not solve this. Decent bus links would certainly help but the area’s national park status has does nothing to protect its public transport. Convenient rural bus services in Stirlingshire, are now only accessible through misty-eyed nostalgic daydreams brought on by the tedium of an hour and a half hiding from the rain at Balfron bus stop.

Unfortunately the concept of an accessible national park, which provides sustainable jobs and an enriched environment for people to live in and visit, remains a fantasy and it will remain so long as the authority acts only in the interests of property developers and fails to challenge the profiteering that has wrecked rural services.

The national park contains some of the most affluent enclaves of Scotland, Grand Designs are everywhere but affordable housing is woefully lacking. Council tax freezes, and the lack of an alternative form of progressive local taxation, have hit public spending hard in the four regions covered by the park, as they have throughout the country. There’s plenty of money to invest in services but chances of a fairer tax system that would distribute this still seem remote.

Flamingo Land and it’s director, Gordon Gibb, donated £121,000 to the Tory party this year. If their new resort goes ahead then presumably we can look forward to similar amounts being invested into the park to compensate for what they’ll be taking away in profits.

On Friday, the company responded to the online petitions opposing the plans by saying they would withdraw if ‘most Scots opposed it’. If nothing else, at least we’ll get another referendum out of it!

Whose Bonnie Banks? Loch Lomond and the Camping Ban

3 responses to “Are you ready for “Iconic Leisure Resort Loch Lomond”?”