In the most recent UK budget George Osborne announced that a million more public sector jobs would be scrapped… but it’s fine! The private sector will pick up the slack! Maybe George is hoping the private sector can step in to stop his jaw tripping him when he’s still out his nut in parliament.

Replacing public sector jobs with lower-paid ones in the private sector is bread and butter neo-liberalism. Predictably the effects are felt by both the workers in these services and everyone actually who needs the service. It’s one reason why the revisionism going on about the New Labour government being not-that-bad is so bokeworthy – they introduced the private sector into places Thatcher wouldn’t have dreamed of and the coalition are just continuing this work.

The Student Loans Company (SLC) is still a state-owned agency, despite attempts at privatising it a couple of years ago by the Tories. SLC outsource their customer service to RESPONSE. I’m not sure what the business equivalent of getting relegated to the 3rd division is but Sir David Murray was forced to sell RESPONSE due to insolvency – instead of calling it THE RESPONSE, he got round this by selling it to his family’s business group. I worked at response (I truly can’t be arsed capitalising it for this whole piece sorry) over a couple of months last year. I was speaking to students applying to Student Finance England: the fact you’re in Glasgow is a source of endless confusion to a ridiculous amount of the English people you speak to. This is one of the few enjoyable moments in the job; another is when someone on a gap year has messed up their application and their parents are trying in vain to sort it for them. “The village he’s working in doesn’t have internet” is a line that still brings a smile to my face. 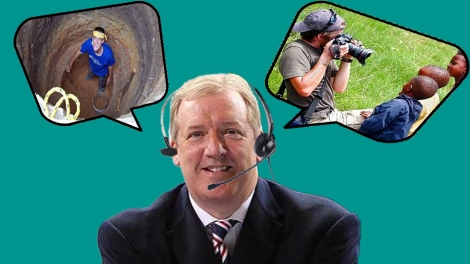 Like most call centre jobs, there’s a bonus scheme. There’s something especially insulting about a bonus system when you’re on the minimum wage: “We can comfortably afford to pay you more than we’re contracted to, but only if you do all this extra shite for our benefit!” The company works out bonus from the statistics they keep on every worker. You can view your stats on the response “social network” – the responsibility is placed on you to find out your stats and to improve them.

There’s also a company app that is the only place where you can access your shifts; it’s your responsibility to check them and if there’s any last minute changes it’s on you to know. After hearing stories of people pulled up for posting on facebook when they were off sick, the last thing I wanted to do was get an app that gave Response access to all the information that’s held about me in a smartphone (and I wasn’t about to ask if it could be used as evidence in a disciplinary). Jobs like this work by making you feel as if you’re being watched all the time so you conform to the company’s standards. In reality only about 1 in 10 calls is ever quality-checked. Everything you do is timed – you have to sign in on the dot at the start of your shift and if you’re spending too long between calls the software flags this to your team manager. With no sense of irony this is used in the bonus scheme as ‘conformance’ – if you spend more time off the phone, in between calls, and on breaks your conformance score goes down. I’m not sure about the legality of bribing workers to take shorter breaks but if it is legal it’s a pretty clever way of forcing people to take as little time away from their desk as possible. 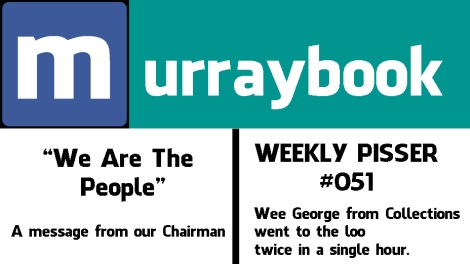 We were sat down and told we could be sacked if we kept taking the piss with the time we were taking off the phone. We were constantly told ‘they’ve just hired 60 people!!’ to underline how replaceable we were. This type of work is debilitating because you’re told how disposable you are all the time while also being told how important it is and that if you make a mistake it’s YOUR fault that a student’s payment is late. The company took no responsibility for admin errors that resulted in students falling into rent arrears, so why would it support you if you made a mistake? In the time I was working there Response were continually being fined tens of thousands for failing the quality checks done by SLC.

THIS was another issue that was bubbling away when I worked there. The Student Loans Company set up the Smith Lawson and Company (literally SLC, subtlety not being their strong point) Recovery Services to intimidate students and graduates into paying back debts they couldn’t afford.

Vince Cable wouldn’t even accept the SLC boss’s resignation. But I’m really glad the liberals were in government to stop the Tories cosying up to big business quite so much. Wonga were made to pay £2.6million (a devastating loss out of 2013’s profit of £40million) for doing the same thing, but the government were happy to sweep an agency they theoretically have some control over under the rug. Remember if you don’t tell the job centre everything about your life you’re a scheming scrounger but it’s fine for the government to send 300,000 students and graduates intimidating letters from a fake company to demand money.

In 2013 the government sold off old student debt (pre-1998) to a private company to chase people down for the money. Taking these funds away from the public sector and in to the private shows the government’s bloodlust for reducing the state’s role in every aspect of life. People reported payments being taken when they weren’t due and their information was passed on to bailiffs.

Getting a student loan from SFE is not the most simple process and the application is geared towards making life difficult for anyone who isn’t from a middle class nuclear family. Your parents’ marital status is easy if they’re together, still fairly simple if they have a full legal divorce but gets complicated if there’s anything outside this. Cases are looked at on an individual basis if you can’t provide the right paperwork on demand, so if an assessor’s having a bad day your case might get rejected.

Identity evidence is the same: relatively simple if you fit the standard student mould and have a valid UK passport; more difficult if you just have a Birth Certificate and impossible if you have neither.

If you weren’t born in the UK you have to prove all of your addresses for 3 years before the start of the course. Surprisingly people who are under 18 don’t have that much reason to have official paperwork. I spoke to a lot of people who had letters accounting for their time at school but because they couldn’t find work straight after there was no documentation: too old for parents to get child benefit; don’t have employment papers; don’t get benefits; maybe don’t have a bank account. This is the part of the job I could never get my head around – when the gears of bureaucracy grind to a halt. A couple of times people in this situation wouldn’t accept my half arsed ‘send in what documents you can, it’s at the assessor’s discretion!!’ because they saw it for what it was: a completely meaningless stock phrase to try and get them off the phone quicker. I saw one case where the assessor had rejected someone’s claim to be a UK resident because the bank statements they had sent missed out one day at the start of the three-year period.

At times like this I would occasionally put the student on hold and run to my manager for help; I would basically be told to repeat the same thing until they accepted it. I was constantly made to feel inadequate by managers for not sounding confident in what I was saying. But how could you? What do I have to be confident in, the system’s efficiency? The important job we’re doing? We were often told by managers (often in sheer desperation when the company had been fined again for falling short on quality targets) that this was people’s livelihood!! Well why not fucking treat it like it is? You’re not worried about the quality of the service we’re providing when I’m unable to concentrate because I’ve been holding in a piss for an hour. The company’s not worried about it enough to actually employ enough people to answer the phones in the office in Durham where evidence is processed and where the decisions actually get made.

The most sinister part of the job is that a lot of the time you’re doing the UKBA’s dirty work, making people feel like they don’t deserve to live where they want to because they don’t have the right bits of paper. We were simultaneously told ‘it’s busy so get off calls quickly!’ and ‘it’s all about listening to the customer!!!!’ But if you’re on the cusp of getting bonus that month and you’ve been on hold to the Durham office for 5 minutes to find out if someone’s evidence has arrived, your empathy for their situation starts to wither away. The more complicated a student’s circumstances, the more likely they are to need to call up and the longer every call will need to be. Because of the bonus system you will be financially worse off if you have too many calls that take too long. The managers drill this into you all the time. When you look at the phone and the call’s been going on for 15 minutes, you’re on the brink of getting bonus that month and you’re not sure someone’s understood what you’ve meant, everything is stacked against you double-checking.

The reasons the state has for moving things like student loans to the private sector are pretty clear but it’s worth reiterating. Moving the burden of student loan debt to individuals rather than the state is an ideological position, one that successive UK governments have upheld, all geared towards centring education on employability. It’s ok to be a student as long as you pay it off after. The SNP aren’t exactly arguing against this – see their increase of SAAS loans while reducing the amount available through bursaries. It’s not beyond the realms of possibility for the Conservatives, if they win the upcoming election, to sell off the remainder of the student loans to a private company. All of this points to a shift away from the government taking responsibility for student’s living costs to the individual themselves due to the wholesale restructuring the state has undergone in the last 40 years. How many students do you know who aren’t at the upper limit of their overdraft? This whole process repositions students as ‘customers’, building up bigger and bigger debt at every turn. Not only to SLC and banks but payday loan companies are increasingly trying to ensnare students in piles of debt. One I came across was offering the “competitive” rate of 993% APR.

The onus is on us to pay our way, rather than the state subsidising students before reclaiming the money in taxes after. Giving the customer service to a private company like Response ensures that students are given the worst possible service and workers’ lives are made as difficult as possible. The huge loss the government took when they sold Royal Mail shows any rhetoric about ~balancing the budget~ is rubbish – the government just want to individualise every service at the cost to those who need them most.

Postman Pat, the new economy and why privatising Royal Mail is a bad idea