Regular readers may be familiar with the various exploits of G1 Group owner, Stefan King.  The Glasgow based pub and club mogul was said to earn at least a million a year as far back as 2008 and The Herald’s last estimate of his net worth puts it in the region of £54m.  But it would appear Mr King has fallen on hard times.

Earlier this year, it emerged that his G1 Group had been dipping into Government training subsidies, incorrectly claiming over £400,000 from Skills Development Scotland which they weren‘t entitled to.  Following an investigation, the group were forced to repay the cash and will not be receiving further funding from the body, blaming the whole debacle on “a rogue employee.”

Whenever it’s been in the news, G1 Group has made much of its “Investor in People” accreditation, a scheme intended to recognise good employment practice which is operated by the UK Government’s Department for Business, Innovation and Skills (BIS).  So what lofty honour were the BIS awarding G1 Group this week?

Topping the list of Department’s list of “National Minimum Wage Offenders” was Glasgow restaurant Arta, part of the G1 Group.  The BIS claim 2895 workers are owed a total of £45,120.  The “defence” made by G1 Group, is that they illegally forced wages below the minimum level by compelling staff to pay for “workwear and training” from their salaries. So that’s alright then.

If your salary is close enough to the minimum wage that a t-shirt forces you below the breadline, perhaps your millionaire boss who’s making you wear it could pay for it himself?  Hospitality relies on an army of temporary pint pullers and the assumption you own everything from a hairnet to a dinner suit presents a serious issue for the often minimum wage staff pulling your pints, washing your dishes and serving your wee sausage rolls. How many of Arta’s 2895 staff made it past their period of bonded labour for their uniforms before being told their services were no longer required, only the Department for Business, Innovation and Skills knows.  Given that public funds were missappropriated for training purposes by the G1 Group, it’s doubly galling that staff at Arta appear to have been trained at their own expense.

This is FAR from the first time the shady dealings of Stefan & Co. have hit the headlines.  In 2013, his venue The Polo Lounge refused entry to a wheelchair user (who didn’t need wheelchair access) and ended up having to fork out £2000 compensation.  His G1 operated Shimmy Club was also temporarily stripped of its license amidst a scandal which involved men paying for private booths to gawk at a 2 way mirror, with the women’s lavvies on the other side.  Oh aye, and his west end venue Radio had a pub quiz which involved “jokes” about rape and homophobia.  All in the space of a month or so. 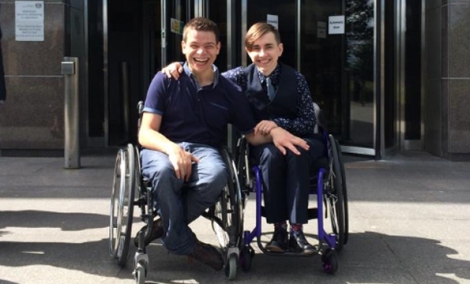 These latest revelations suggest this isnae just a dodgy mirror or a patchy door policy we‘re dealing with; 2 separate investigations by the Scottish & UK Governments reveal G1 Group to have attempted to enrich itself to the tune of nearly half a million quid, at the expense of its staff and the taxpayer, before getting busted.

Twice G1 Group have been investigated, publicly named and shamed and forced to pay up. No-one deserves the honour of being Weekly Wanker twice but for failing to pay staff the minimum wage, Stefan is our King of Low Pay.  Just another reason to stay away from his ever growing list of venues (handily compiled here).  Like we need any more.

See you in court, your majesty.

5 Problems fit for the King