It’s 101 years since suffragettes tried to blow up the Kibble Palace in Glasgow’s Botanic Gardens, as part of their militant campaign to win women the vote. There was little sign of any explosives this afternoon though, as several hundred women and supporters – many dressed as suffragettes – marched through the east end and culminated near Glasgow Green to mark International Women’s Day. At the time of writing, the glasshouse at the People’s Palace remains firmly intact.

The marchers left Glasgow Women’s Library near Bridgeton Cross and had a short walk along to the drying green in the park, where a performance then took place. We went along and took a few pics which you can see below. 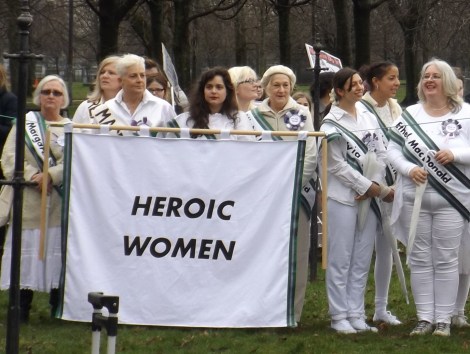 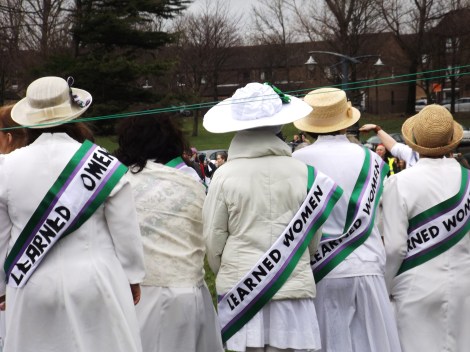 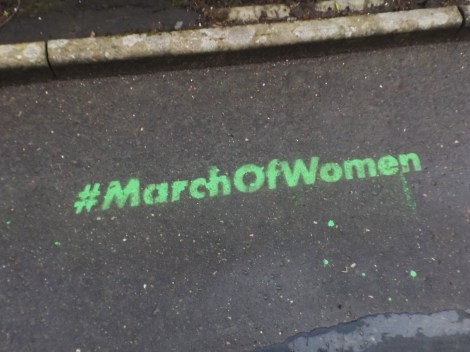 No Scrubs: My Year of Rejecting Feminism