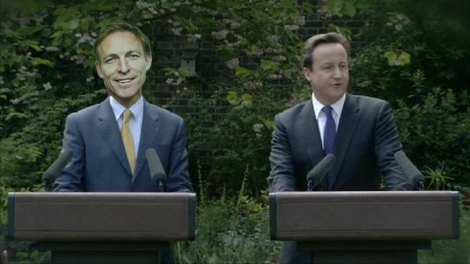 With much speculation in the press about the potential for all sorts of improbable coalitions after the next General Election, you could be forgiven for thinking Scottish Labour have joined a new coalition already.  Wednesday’s vote committed any future Westminster Government (??) to a package of measures to magically find at least £60bn of cuts and tax rises over 2 years, in order to clear the deficit by 2017.  In other words, to continue with the austerity which has seen the deficit…erm…increase in cash terms.

Only the SNP, Plaid Cymru, the SDLP, the Alliance Party’s one MP, Caroline Lucas from the Greens and some DUP dude (who we’re assuming got lost) voted against it, alongside a handful of Labour MPs.  18 dissenting voices in a Parliament of 650 “representatives.”

It is customary at A Thousand Flowers to provide a list of every rogue MP who voted for (or didn’t vote against) something bad but, in terms of Scottish Labour, it was ALL OF THEM.  Except Katy Clark.  We don’t really give a fuck that some of them stayed in their jammies or made “prior engagements” at the last minute and some of them actually turned up to vote. Presumably all this was “led” by Jim Murphy, who wasn’t there.

Somewhere on the internet, someone is trying to pretend this doesn’t mean Labour have endorsed Tory austerity, that a Labour Government would do things differently.  But any long-term plan to change the economic direction of the UK away from relentless privatisation, speculation, cutting national deficits on personal credit cards – it just isnae happening by 2017.

We’d like to wildly speculate that Scotland’s lone Tory MP, David Mundell, may have skipped the vote to attend an anti-cuts demo or a picket line…or maybe he’s off to join Syriza fighting austerity in Greece.   Based on yesterday’s evidence, it’s more likely the Scottish Tories are the secret lefties who just had a prior engagement and Labour are actually the brutal, evil bastards.  0% of Scottish Tories voted for austerity, only 1 Scottish Labour MP against it.

Mundell: Did he bunk the vote to join the Greek coalition of the radical left?  Probably not.

This is, in any kind of real terms, a MEANINGLESS vote.  Any future Government could just, not do this.  What this symbolises is Labour’s willingness to defend a shared vision, perhaps because many believe that this vision could be their only hope of ensuring Labour get close to power.   If we’ve all already decided on the budget, if we all know what powers will be devolved, why even bother with the election result?  The Tories and Labour could just pretend everyone’s a winner, and continue running the country based on the ideologically driven and economically dangerous policies which unite all those who voted with the Tories today.

In the event of a hung Parliament, Cameron & Miliband may gaze at the public and say, “Do you REALLY want to go again?” or since we’re all agreed we need to cut our economy to oblivion in the next two years, will we just do that?   “Better Together” could be transforming into a UK wide force, a Grand Austerity Coalition with a working majority capable of resisting the rebellion on the Tory right and, erm, Katy Clark on the Labour left, fighting a referendum to stay in Europe, working “in the national interest” against the nationalists.  Thanks to Cameron, this movement could have been handed a slogan this week, “A Britain living within its means.” It’s hard to construct a sentence so devoid of hope.  “UKOK” without even the vague promise of things being even OK.

If the only means the Tories and Labour have to live to fight another day is a coalition, that’s what we’ll end up with.   While its customary for these arrangements to be made behind closed doors, Scottish Labour seemed to be making their pitch for future ministerial posts from the floor of the chamber yesterday.  This all suggests Labour hasn’t learned much from the Scottish experience.  2 years ago, 2 thirds of Scottish voters broadly supported the shared vision being put forward by both Labour and the Tories to remain in the UK.  Watching them actually sharing it was the problem.  Even without a formal coalition, Labour and Tory dominance of British politics may struggle to survive another 2 years, given how indistinct they are.  They’re all in this together now – but austerity and its failings may be what tears the whole thing apart.

Workers of the regions, United with Labour!

One response to “Austerity Vote: Have Scottish Labour joined the coalition?”