Remember that better Scotland we all prattled on about during the referendum campaign?  Where we tackled poverty, inequality and injustice head on and built a fairer, more equal society?

The Yes movement massively re-energised progressive, radical forces in Scotland but the huge ground we won could be snatched away if  we’re not careful.  Since the vote, we’ve had a plethora of terrible, if predictable happenings – to add to those documented here, I’d add the fact we’re going to be fracked to fuck and have our human rights completely removed (although apparently not in Scotland #unionism). We are now being encouraged to sign petitions calling for people to not have already lied to us, by a man who has already lied to us.  It all seems a bit hopeless for “the45” (possibly the least well thought out name in history) as the baddies at Westminster, who we’ve always insisted run everything, are now having their way with us.

Where next? What now?  Who can we blame and say has always been a secret unionist? The navel gazing, retrospection, planning and pointless paranoia continues (and yes, we’ve done lots of staring into the political near distance too).  With the immediate teary dust now settling, I’m more focused than ever on helping to build the Scotland we had a rare opportunity to discuss as a result of this campaign  A Yes vote was one way to make the battles we are about to take on that bit easier, not the end game. We had fuck all before the vote and we have fuck all now but we can, Yes we (still) can, create the kind of country we want to live in.

While a group of loyal nationalists declare themselves “the 45%”, let’s not forget that our noble Yes movement is far greater than 45% in one pretty important area – the democratically elected Parliament of Scotland, where “we” (the SNP, Greens and independent MSPs Jean Urqhuart, John Finnie and John Wilson) make up 53.5% of the floor of the chamber.  We’ll call it the 54%, in the new spirit of optimism. Holyrood already has a vast array of powers over many areas – not enough, and for me, enough will only ever be all of them.  So what could “we” do while we impatiently wait for Westminster?  Well, quite a lot actually…. 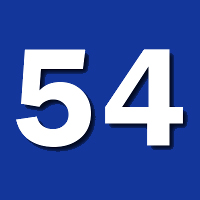 Get yer Twibbon on

The issue of land ownership wasn’t a massive part of the referendum debate, not least because Holyrood already has the power to deal with our feudal hangover.   Less than 500 people own over half of Scotland’s land, land that regularly generates vast subsidies for its usually selfish, private use.  The recent land reform review group offered a whole number of proposals including limiting the amount of land any single owner can have, a statutory right of certain tenants to be able to buy their land or improve their chances of doing so and setting up a permanent Commission to ensure the public interest and the principles of the common good actually mean something when decisions are made about who owns what and for what purpose. This is good news for those living in rural communities owned and operated by feudal lairds and provisions in the forthcoming Community Empowerment Bill will mean community organisations may be able to force sales from landlords intent on negligent hoarding.  Meaningful legislation on protecting public space could also impact on our favourite urban tyranny, Glasgow City Council, who love threatening us with draconian punishment for daring to go to the park and flogging off things when they think we’re not watching.

The Duke of Buccleuch owns 240,000 acres of Scotland but there are urban monsters too…

It’s not like they were nice to us!  Let’s finally introduce a progressive land value tax, to ensure that land which is of no use to fucking toffs and lairds at least makes some doh for our new Revenue Scotland.  Large supermarkets and retailers regularly buy up land merely to stop their competitors building on it, leaving it privately disused where it could be put to better use.  We need to tax large landowners who keep land for no reason to the point where it doesn’t make economic sense to do so.  That way, we can slowly transform ownership and control of one of our most basic resources, and make loads of money to spend on people who’re not Dukes.

It’s such a shame the SNP didn’t get that majority Government in 2007 and so they were never able to finally reform the hated Council Tax.  But then they did get a majority and then…a freeze. The Council Tax was a Thatcherite policy, written on the back of a fag packet to stop the country degenerating into full on class war as the Poll Tax crumbled.  While it’s dubbed a property tax, it’s nothing of the sort, it’s a tax on existing. Those renting are also forced to stump up, based on the value of an asset that isn’t even theirs which has no relationship with their ability to pay. Those staying in a Castle pay around twice what someone in yer bog standard Band D does, despite what would be vast disparities in income, so the Council Tax is just a half poll tax.

Local services need to be paid for but surely a local income tax is better than a regressive one based on what the place you stay in cost in 1991.  The council tax freeze means a real terms cut in public spending and public services which are delivered by councils.  They may be hailed as “Tory cuts” because they can be connected to a reduction in the block grant (and the Scottish Government’s decision to freeze rather than fix the system) but we could change the way councils are funded, lift thousands out of an unfair tax and be able to increase public spending at local level. 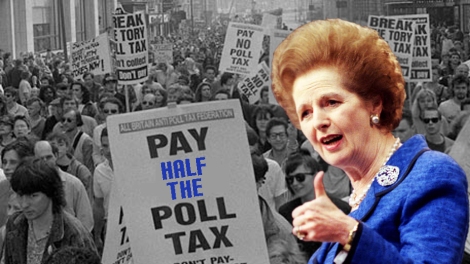 4. The Childcare plan from the White Paper

Much as I detest children on both a theoretical and practical level, I can’t help noticing that one of the big promises in the White Paper is something we already have the power to do.  The White Paper promised, by 2024, that every child from age one to school age will be entitled to 1,140 hours of childcare per year, the equivalent of the amount of time kids spend at school.   As well as the 35,000 more jobs this would create, it would massively benefit families who’re struggling to afford childcare in the crucial first years of their children’s lives and allow parents options to work or not to work which they simply don’t have.  Given that women are disproportionately responsible for care provision, decent childcare could be one critical tool in beginning to bridge the gender pay gap.

5. A wage for more than staying alive

Speaking of pay, the Scottish Parliament has legislative competence over public sector pay.  The gold standard appears to be the “living wage”, currently £7.65.  Call me a dreamer if you will but I’d say we can do a tad better than merely allowing public servants to live.  You don’t have to be alive to work here – but it helps.  An amendment in Parliament to ensure it was paid to all those who worked on public contracts, not just those employed by the state directly, was voted down in Holyrood, incase Brussells didn’t like it.  If those bidding for public sector contracts prefer their workers dead, they shouldn’t be running public sector contracts.  We should fight for a decent wage, not a living wage for the public sector and those doing jobs that should still be in the public sector – a tenner, at least.

We can’t legislate for private sector pay, yet, but we can ensure those who do things for the mutual benefit of our society are paid a wage which maybe lets them go on a holiday, as opposed to just not ending up in the morgue. Continued public sector wage deflation, as confirmed in the recent Holyrood budget, suggests the Scottish Government will continue to actively engage in attempting to force wages down rather than using public sector pay and the pay of public sector contractors as an economic lever, to force wages in the private sector in the right direction.

6. Abolish Help to Buy and invest in public housing

Having finally abolished the “right” of local authorities to make a quick buck flogging housing stock, it’s time the Scottish Government got the fuck away from the Tory policy of subsidising middle class home ownership and encouraging another generation into debt, based on the inflated value of housing.  Under the current scheme, your poor wee buyers get much needed help to buy the £400,000 home of their dreams, paid for by the rest of us.  All this really means is that developers chuck a bit more on the top of their prices and inflate the rest of the market and we end up subsidising those least in need of help – developers and the banks, who we’ve given quite enough public assistance. If it costs anyone not far off half a million for a house, I’d suggest they were doing it wrong, if that someone includes the taxpayer, we’re doing it very wrong.

We could instead be providing much needed aid and employment by investing in locally driven, publicly owned house building and repair projects to make house prices go DOWN instead of up all the time – if people GOT a fucking house for a small rent, like they used to, getting yourself into a lifetime of debt for one is less eye catching.  Instead we’re creating an inflationary false market which freezes out the exact people (poor folk with no savings) it alleges it intends to help.  Hundreds of thousands of Scots will never, ever live in a house that is fit for their needs and that’s an utter disgrace.  We can and should fix that if we are ever to make the bold claim, as the Scottish Government do, that housing is a right.

While 2 of these ideas cost money (childcare and better pay), the economic benefits in the long-term are immense – and they could be paid for in the short term by land tax and/or a progressive local income tax.  Land reform could transform ownership and scrapping right to buy subsidies for the rich would free up revenue to invest in social housing, lifting people out of privately rented slum housing.

But this is not a question of money, it’s a question of political will and political choices; of whether our Scottish political class are actually brave enough to say Yes to a better kind of country when they have the chance. It’s entirely correct to focus on the baddies at Westminster but we must also ensure Holyrood live up to the hype and uses every available power to build a society capable of offering real alternatives to Westminster’s misery.

We must demand radical steps to transform Scotland right now, while continuing to fight for powers to be devolved, to as local a level as possible, with a view to building a truly independent nation.  That’s a nation where being independent and developing alternatives means changing things, not a hopeless society where things aren’t challenged in case that gets in the way of independence. Don’t ever give up on that sweet dream but let’s also make sure our Scottish political class eat their vegetables. 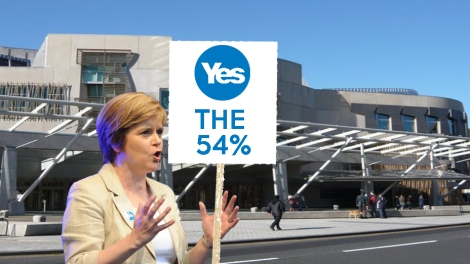 8 things we’ve “learned” since the No vote

Safe as Houses?: How the rich stole our homes

4 responses to “Yes we (still) can: 6 things Holyrood can do now”