Arise ye starvlings and get on with it!

There has already been a regression in what was the independence movement, as everyone rushes to rebrand, rebuild, reinvigorate.  We’re now the #the45, forever locked as an elite minority who “got it” in contrast to the servile masses of sheeple.  Not surprisingly, pulling up the draw bridge has already been a recipe for pointless paranoia about voting rigging, conspiracies about Third Estates, the NWO, unilateral independence being magically possible if the SNP win a majority of Scottish seats in the UK parliament and a whole other array of nonsense. 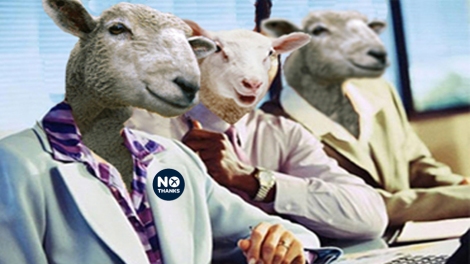 People will join things now, I’m glad and I don’t really intend to start lecturing anyone about political parties.  I’m pretty confident many fantastic activists don’t need me to tell them the SNP is not in fact a class war based revolutionary army or that the Greens can be a bit wooly.  I’m sure many people have been thinking about what they’d do at this moment for a long time, they‘ll have made careful choices with a precise idea of  what they intend to achieve.  But I really haven’t, so gonnae gies fucking peace for a bit?

To make matters decidedly worse, we’ve had all this chat about a new left party.  I saw some boaking about rushing into that again, without a clear understanding of how we can avoid repeating the same mistakes we always make.  The concerns are never addressed and the familiar “there is no alternative” card is played.  It’s been what a whole 4 working days since I stopped crying.  Last week, we were all making whatever contribution we could to the biggest movement of our time, now we’re told if we don’t have a 10 year plan which see us personally elected as the First President of the Socialist Republic of Alba, we might as well just fuck off out the way because the big boys are back and they have a plan.  If we begin a  project of this magnitude by saying that time spent thinking, challenging and reflecting is time wasted, I fear for what we’ll create in haste.

The rush to box up the independence movement appears very keen to take it in a traditional direction – we all join a party, pay our subs and do as we’re told.  We’ve had two years of hearing the oldest argument in the book, “there will be plenty of time for that afterwards, eyes on the prize” and now we’re here, only to find that as well as being painfully prizeless, we also have to hurry the fuck up and stop making a scene. In the dash for a Yes vote, we sometimes overlooked and neglected issues and people for a whole variety of reasons although it was usually the same people we always do and usually for the same reasons – because they can’t be used to win the people directing traffic any power in the short term.  We’re not in the short term anymore; community organising, union work, environmentalism, feminising, queer hawking, the chance to develop an internationalism that extends beyond these isles, rabble rousing, anti-racism, the book group, riot practice – now’s the chance to start doing the stuff you’ve never had time for and to begin to rebuild the kind of ground up networks which help build confidence and power. People who’re involved in politics to collectively improve their lives are more effective and more challenging to those in position of power, absolute or relative, than people who’re only in out the road of the busses. 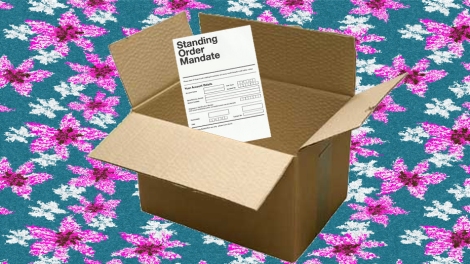 The prize is a standing order.  But it’s not as simple as that.

It’s vital to remember that whatever happens now, parties can’t exist without people, networks and movements which support and build them and whether the people who’re part of those movements have their rosettes on and hand out leaflets during election time isn’t the biggest issue.

Of course, there are pitfalls to not being organised and we can‘t ignore them – tin foil hats only win in the absence of coherent political narratives and education, as does nationalism.  If we don’t organise, someone else will and that someone else will probably be a bastard, maybe even THAT one. 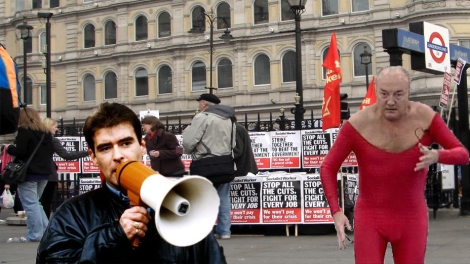 “Insanity: doing the same thing over and over again and expecting different results” Einstein

I sincerely hope this massive political force will continue to develop because it’s a more genuine expression of class power and a greater threat to our masters than any amount of filling out standing orders or left-wing posturing.  Recognising that the Yes movement has changed politics is recognising that politics itself is changeable, despite what those in power would have us believe.  Yes was the antithesis of standard left wing rheoteric which says no to this, we’re anti that, a plague on all your ideologically impure houses, Yes was an assertion not just that there was an alternative but that we dared to imagine what it might actually look like.  We also saw that a process of creating independent and interdependent networks in the midst of this failed state could be a good basis not just to defend what we have but to fight for real gains.  So why is there no alternative but to go back to the old ways now?   This politicisation is making the powerful scared and I see that fear played out in a desire to control what happens next by some on the political scene.  If you don’t know, join us and we’ll get you telt. Those MPs who were a shoe-in for re-election in safe Labour Glasgow seats are shiting themselves but so are the people who thought they would definitely be in charge – whether that’s your boss, who’s none too happy about everyone suddenly being economists or those on the hack scene who‘ve developed large elbows over the years.

There mostly likely will be a new party or electoral alliance as a least worst option, so we do need to think about what that will look like and that’s something those who’d be generally cynical about such a project should be able to make a constructive contribution to.  My primary concern is whether the left is willing to create something which doesn’t treat it’s members as an expendable resource and which aims to be a safe and happy space for actual humans to develop, regardless of whether they are acolytes for the precise intellectual(ised) ideas of the leadership.  There is a chance the energy and education that’s currently underway could sweep the old ways aside and give a glimmer of hope to the oldies, we could all be wrong for a change.   There are certainly many great ideas out there, better ideas than I have but we all need time and space to think them over.

Independence doesn’t feel like it’s a tactic anymore, it’s being developed into a core political principle.  My fundamental belief is that those most affected by power are those best placed to be empowered to make the changes that need to be made – they don‘t need my socialist 10 year plan or anyone else‘s, they need to be heard.   Any project which doesn’t allow for radical self-organisation will simply not be able to meet the expectations of the new layer of politically engaged people or draw in those who were put off by the Yes/No binary, in a world where power relations are complex. 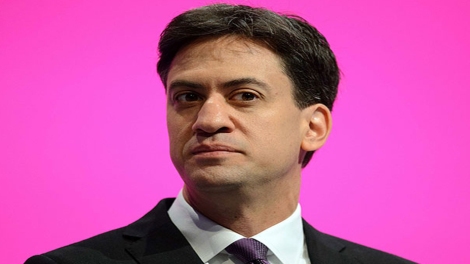 Red Ed remembered his 10 year plan but forgot to mention austerity…and to be racist.

By all means get organised but stop panicking, we don’t ALL need to do whatever it is someone thinks we ALL need to do and we certainly don‘t all need to do it right now or else – in fact, that thing will be shit without thousands of conflicting and contradictory other things going on at the same time.  Take your time and think about how to expand and develop your talents, what you would have to contribute as well as what you can gain, try things and if they don’t work, try something else.   Most importantly, take care of yourself because you’re a finite resource.  We’re always the first to suggest people should nail their colours to the mast but remember that those who might choose not to get involved in a party for a variety of reasons could be far more support than those who join a party and do nothing, those who’re uncritical or just desperate for power/pals or those who’re actively dangerous.

My personal focus was and is dishing dirt, photoshopping baddies in a variety of silly hats and ending 33 years of unquestioned rule by those in the City Chambers just down the road, who’re every bit as out of touch as those who sit all those miles away in Westminster – and just as threatened by their voters saying Yes to something better than them last Thursday.  Unless a photoshopping baddies in silly hats party springs up, it’s safe to assume we’ll remain a space which doesn’t toe any party line.  Ever.

I’d never be stupid enough to say I won’t get excited and join something on a whim or because I really fancy someone.  But on a basic level, the message remains unchanged, even if the constitutional pedantry may be less important for the next wee while – it’s still all about independence.  For now. 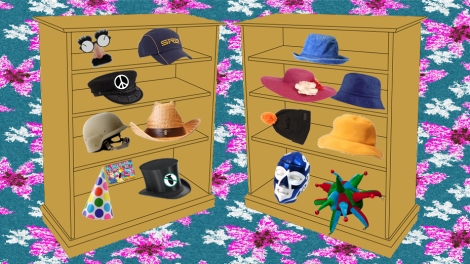 I’m sure more baddies will be along soon.

The Left is Dead. Long Live the Left.

The Left has failed me

The Trouble with Tommy

One response to “Independence. For Now.”