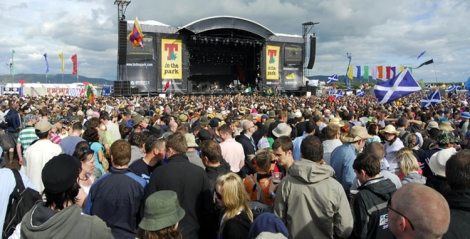 We’ve now had no less than seven deaths from dodgy pills in Scotland over the last few weeks, following a similar spate of fatalities in Northern Ireland.  This weekend, thousands of Scots will be heading to Balado in Kinross for T in the Park, the biggest festival in the land.  Many of them will be popping and dropping regardless. The need to protect the health of our nation has never been more pressing.   If we want to prevent more young people dying needlessly, we need to move quickly and start demanding action from our politicians and the Polis.

No-one has died in recent months as a direct result of MDMA (the scientific name for what we vaguely understand to be “ecstasy“).  Instead, people have been sold pills containing  para-Methoxyamphetamine (PMA), an amphetamine from the same family as ecstasy.  The drug has very different effects on its users, producing little of the stimulation, euphoria or empathy associated with MDMA.  This can often lead users to just take more in the hope they will eventually come up like they would on ecstasy – leading to overdoses and worse.  Its psychedelic effects can cause confusion and disorientation.  It can cause heart problems, lead to severe hypothermia and play havoc with users blood sugar levels. In short – it’s nothing like taking pills.  Whilst we shouldn’t always take headlines at face value when it comes to drugs, if the professionals say it’s killed lots of people, we should probably listen.  PMA is already illegal in Britain but obviously the legal status of substances means next to nothing.

The two-pronged “act hard and do nothing” drugs strategy pursued by successive governments has done little to stem the demand for MDMA – a relatively safe drug when appropriate advice is followed.  1 in 10 Scots are now open about having taken ecstasy, despite possession alone landing you a 7 year prison sentence in some circumstances. The truth is users, the police and even the politicians know it relatively safe (because their own experts tell them so again and again).  This has led to a strange, almost complacent attitude that so long as people get to take ecstasy in relative peace whilst politicians “just say no” (and that is ALL they do) – there is no problem.  7 people dead for no reason is a problem.

No-one knows how exactly PMA made its way into this particular batch and we probably never will.  Prohibition leaves supply and distribution of pills in the hands of just about anyone.  Anyone can put anything into anything and sell it for whatever they want.  These are the practical effects of our “tough” drugs policies.  We have neither the money, the time nor the desire to arrest 10% of the population and throw them in jail in the hope this would fix things.  Attempting to tear up well-established distributors is also not on the police “to do” list when the cuts are biting at their budgets.  A massive “war on drugs” where big time gangsters and dealers get busted  or shot in the streets will simply not happen. 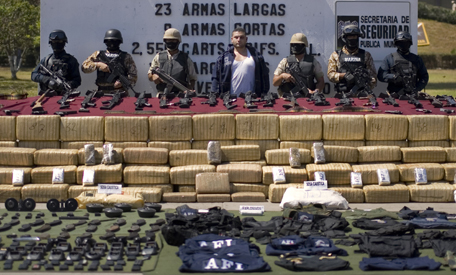 If we chose to, we could easily circumvent the big time gangsters and dealers all together.  There is a growing body of evidence to suggest that ecstasy, if properly tested and regulated, could be just as safe or unsafe as any other drug.  With a massive Tennents logo hanging over Balado, we can’t say we’ve got massive qualms about the sale of other deadly drugs in Scotland.  Alcohol kills at least 1000 Scots a year, ecstasy doesn’t.  There is no evidence from elsewhere that a more relaxed approach to ecstasy would increase its use or prevalence.  In fact, Scotland already has the highest rate of ecstasy use in Europe despite some of the strictest laws.  They just don’t work. We’re not “just saying no.”

Even if you’re not sold on full-scale legalisation and licensed sale, there is no case for the continuation of needless deaths just to prove a point.  If we want to keep the folks  at T in the Park (or in our nightclubs) safe and happy, we need to let them test what they are taking.  Even simple pill testing kits could save lives. It’s not just PMA that’s made its way into “pills”, other chemicals could be cut out of the supply by the implementation of these simple tests. That means less visits to A&E, less ruined nights out, less scary moments watching your pals jibbering, less people dead.  Forcing dealers to care about what they are selling is a step in the right direction – we’d much rather dealers didn’t exist at all.  Prohibition just can’t make that happen.

Dugs not drugs: A few more polis at the park won’t cut it

I suspect instead this weekend we’ll see needless resources being poured into a PR spectacle of security guards, police dogs and random arrests in a vain attempt to make taking pills go away (while punting lager, obviously). How many more times does this need to happen before we start regulating the supply of ecstasy?  So many drugs – legal and otherwise – will be consumed in Scotland over the coming days and even one more death as a result of stubborn inaction is one too many.

If you’re off for a dance in Perthshire – or indeed anywhere else this weekend – stay safe, stay together and have a good one.