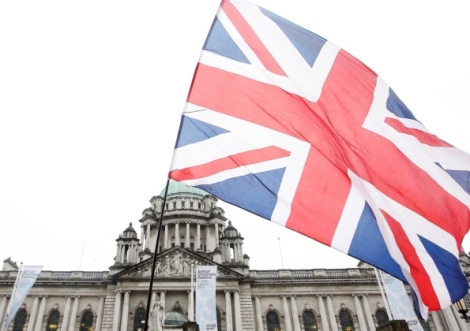 As I was walking home from work the other day, I stumbled upon what I can only describe as a fleg protest in George Square.  The very charming gentleman offered me a flyer and knowing the untold wonders it would doubtless contain, I gleefully accepted.  I even sort of pretended to read it whilst in plain sight before folding it up for my amusement at some future date.  Today was that day.  I won’t be so cruel as to name the particular grouplet who produced it but, as enlightened contributions to the debate about Scotland’s future go, it’s a belter!

How will you fund YOUR (or your children’s) education?

Do you believe the Union Flag has protected your civil and religious liberties?

What will happen to Britain’s got talent?

I’m not quite sure that the current plan is to have every citizen pay for their own education in Scotland.  That does certainly seem to  be where the rest of the UK is heading, what with tuition fees and creeping privatisation of education provision.  I have yet to encounter the Union Flag intervening directly to help anyone in distress.  Is it a bird? Is it a plane? No, it’s the fleg! And I don’t give a shit about what will happen to Britain‘s Got Talent (don’t get me wrong, I love BGT but if independence means we also get to watch an even more tacky and ill conceived Scottish version, with the ginger guy  from Taggart and Michelle McManus as the judges, then I’m all for it). 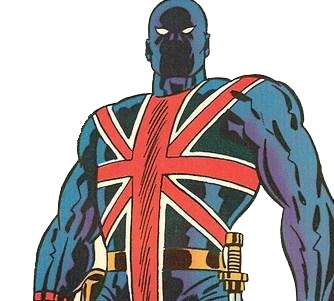 Of course there is a darker side to all this.  Mainly on the other side of the leaflet. “Alex Salmond,” “Catholic Church,” “flag the NAZIS tried so hard to tear down,” “FINAL identity as members of the UNITED KINGDOM OF GREAT BRITAIN” (all emphasis theirs).

There are surely more questions the protestors could be asking.  If I were to produce a follow up flyer I would perhaps including some of these:

What would the prize be in Scotland’s version of a separatist talent show?  £100,000?  BRITISH Pounds?

Would Scotland be guaranteed a slot at the Royal Variety Performance or would we have to apply for membership?

Does Alex Salmond even know?!

There’s a more serious question lurking in all this, both for Alex Salmond and the fleg protestors.  Why would an independent nation choose to put a random family – with a questionable past and an even more questionable potential future – officially in charge of our new country?  If we’re starting from scratch, why Betty & Co?  I’ve heard lots of aspirations for our new nation.  “Feudalism” and “land owning aristocracy” have not been among them.

There are, of course, very few arguments for maintaining the monarchy emanating from the SNP.  The truth is, many of their members want a republic and think it best not to build a rod for their own backs now by saying otherwise. Even the Standard Grade Modern Studies arguments fall down in a Scottish context; tradition, tourism, don’t be nasty to a nice old lady. There’s no great tradition of newly independent nations wishing to maintain their previous head of state (you know, the one they no longer wish to be part of.)  No-one comes to Scotland to see Buckingham Palace. We’re left with “she’s quite a nice lady.”  So is my maw.  The taxpayer doesn’t jet her off round the world to smile and wave at random members of the Commonwealth.  If we need someone to do these things, I would again suggest maybe the ginger guy from Taggart or Michelle McManus. 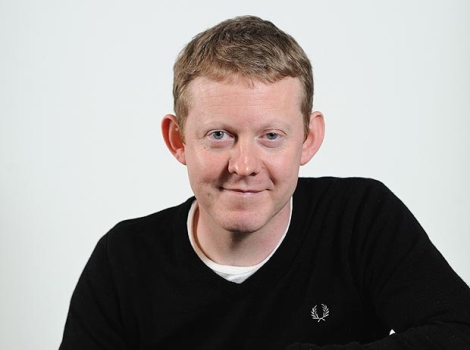 For Salmond and the SNP there are no principles, only clear tactics.  For them, it‘s a numbers game; but theses tactics are all wrong.  The party which is all things to all people (and fuck me are they good at it and disciplined) knows Scotland well. Particularly its west coast.  The SNP know independence won’t be won without at least some west coast, working class Protestants taking a punt on it.

They may be playing a dangerous game.  Independence isn’t something which is won by playing on fears or the past – it’s something which can only be won by looking to the future and understanding the possibilities to make our society better.  The ability of people to change whatever they want, to take independence back for themselves, means there is no ‘FINAL’ identity.

The refreshing thing about the referendum debate is how little I’ve heard about Bonnie Prince Charlie or the Jacobites or the fact that some English King in the 17th Century was definitely a total bastard.  The desire to settle historical grievances is not what is driving support for independence. Now is the time to say this debate can’t still be about our more recent history anymore, either – if we intend to actually win that is.

Being honest and open and about this stuff matters.  Not least because the actual, technical political content of all this is redundant.  Alex Salmond and the SNP don’t get to decide whether Scotland retains the monarchy.  We do.  We hold that power in our hands as the authors of a new constitution for our society. By not just saying this, the SNP are actively positioning themselves on the wrong side. 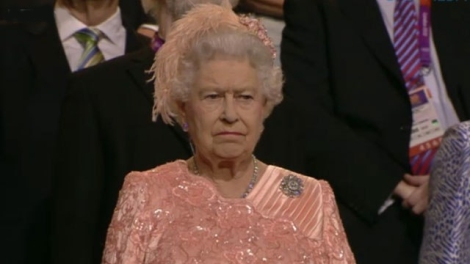 Republicanism can’t be a dirty word in a country where most people basically don‘t care for the Royals.  Like so many of the basic principles we’ve fought for over the years, independence gives us the opportunity to make these things happen.  We shouldn’t be hiding this potential away.  It’s not some secret papal plot – and by being silent about it, we add fuel to the burning bushes of the Calvinist conspiracy theorists.  This is a real chance to win the argument for democracy over feudalism, for equality over unchallengeable privilege. We can live in a society that’s bold enough to say we’re sick and tired of drum-banging, knuckle-dragging militarism in our communities.  We don’t want a new Scotland which placates these people.  We want a country capable of challenging bigotry, racism and sectarianism.

So basically, the SNP are a bit harsh on the Prods when it comes to it, seeming to presume we all pure love Betty and have Union Jacks tattooed on our bawsacks.  We have to actively challenge those who say that this moment in time is the pinnacle of all our history; our FINAL identity as members of the UNITED KINGDOM OF GREAT BRITAIN.  If we don’t, we can’t achieve our independence.

Maybe I’ve been a little harsh on Proddies as well.  So to balance this, I shall make space for the words of the Church of Scotland, when they almost told the Orange Order they weren’t allowed to come round for watery squash or stale Custard Creams in their dank hall anymore,

By celebrating difference we show confidence in who we are. It is those who demand that their voice be heard above others who have lost the moral high ground.

Our role in the referendum debate will be active and will be clear. We shall provide spaces where people of differing views can listen to each other in respect and in dignity. We shall support real dialogue between all the people who make up this nation as it is they, and not one institution or organisation, who shall determine our nation’s future.

God save us from any more Kings and Queens.

3 responses to “Better with Betty?”