After months of silence and speculation, we now know beyond doubt that Police Scotland broke the law, by intercepting communications without judicial approval in order to figure out who a journalist’s sources were.

Since the introduction of the Regulation of Investigatory Powers Act (RIPA), forces throughout the UK were found to be using “anti terrorism” powers to spy on journalists and sources, including/especially those exposing corruption and malpractice in the Police. Notable targets included well known terrorist organisations like the Northern Echo, whose journalists were spied on because they reported on police racism. 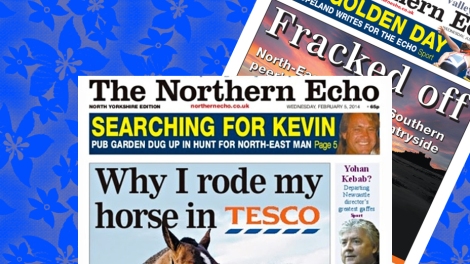 New guidelines were introduced back in March, in order to prevent the system being misused and protect sources – but that didn’t stop Police Scotland from behaving in a way described as “reckless“ by the The Interception of Communications Commissioner.

It’s believed the communications hacked related to the mishandling of the Emma Caldwell murder investigation, in which senior detectives prevented officers pursuing the prosecution of a suspect.  The other men who were eventually charged were never convicted, with one awarded significant damages for his wrongful arrest.  The murder remains unsolved and is now being reinvestigated.

None of this would have been revealed were it not for journalists and their sources, including former police officers, who provided vital information exposing wrongdoing.   Eamon O Connor, who worked on the case and believes he and his contacts were spied on, told the BBC:

I’m extremely concerned that any source I’ve been in touch with might have had their communications improperly put under surveillance without judicial approval.

None of the people I spoke to were interested in anything but getting to the truth about why things had gone so terribly wrong in the Emma Caldwell inquiry.

Protecting the source of stories isn’t about making sure we have lots of salacious gossip, it’s about ensuring the safety of people in potentially vulnerable situations, who could be risking their jobs or even their lives by providing valuable information.

Rather than hunting down criminals, Police Scotland may have been hunting down those exposing injustice, in an attempt to prevent bad PR.  The department responsible for the breaches, ironically called the Counter Corruption Unit, falls within the remit of Neil Richardson, one candidate to succeed current Chief Constable, Sir Stephen House. 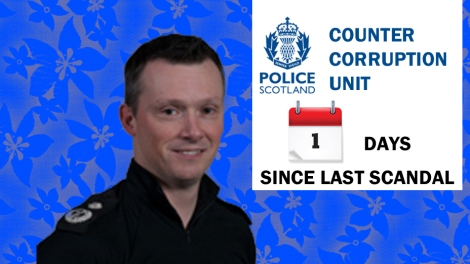 We know our police and security services spy on us but our ability to hold them to account is being continually eroded, with the UK Government threatening to take away Freedom of Information rights, which were key in exposing the shocking misuse of stop and search by Police Scotland. New sweeping powers to snoop on communications and attempts to ban many forms of encryption will further damage media freedoms, especially in a world where anyone could be a reporter or a source.  If form is anything to go by,  you can guarantee that those exposing the Police will be amongst the first to be targeted if we hand forces more powers.

Police Scotland are less than forthright when it comes to Freedom of Information requests as it is.  While the Met were quite happy to reveal their anti-terror unit were spying on student activists (in Scotland), an identical request to Police Scotland contained only what you’d get by doing a Criminal Records Bureau Check and a statement that everything else was held for “a policing purpose.” We’re not sure which one.  How many journalists may have been spied on, legally or otherwise, for “a policing purpose” is something even they may never find out.    Given there have been 23 separate investigations into media leaks at Police Scotland since 2013, shutting the media out and weeding out those who talk to them seems to be a top priority for the force. 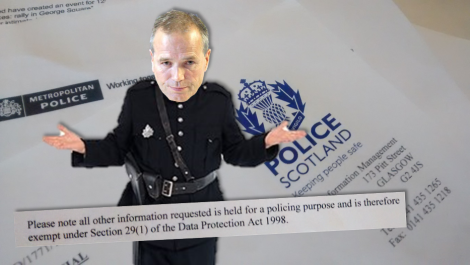 These latest spying revelations can only add to the increasingly fraught relationship between the press and the police and undermine public confidence in a force which has lurched from crisis to crisis since its inception, while acting like media scrutiny is an unpardonable conspiracy.  There’s a real danger that some of the few available means we have to hold the Police to account could be snatched away, while the Police could be handed yet more powers to spy on the very people who should be spying on them.

Police resources were used to expose sources, who potentially included police whistleblowers. That’s a shameful attack on journalism and the principles of a free media.  How can Police Scotland expect the public to trust that they will fairly and lawfully use the powers they have, when they’ve been misusing powers they aren’t even supposed to have? That’s a mystery I’ll not be enlisting their “Counter Corruption Unit” to solve. 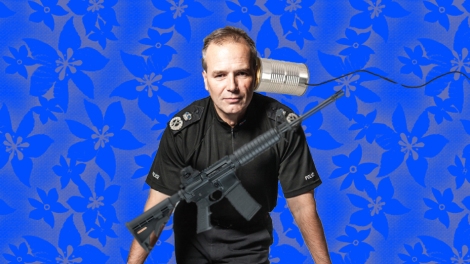