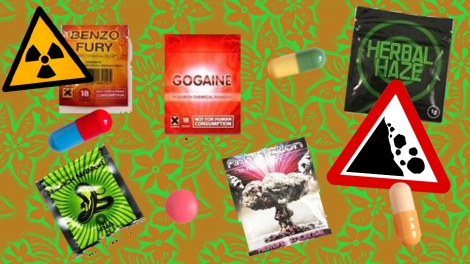 With details of a leaked UN report calling for the decriminalisation of drugs for personal use doing the rounds online, what better time for Westminster to try to ban even more drugs instead?

Monday saw another reading of the Government’s New Psychoactive Substances Bill in the House of Commons, a piece of legislation which aims to ban legal highs.  What the Bill in its current form actually proposes to do is ban the sale, production, import and export of any substance intended for human consumption which has “psychoactive” effects.  Except, everything you consume has some effect on your brain.  Everyone from flower sellers to the Catholic Church are worried they’ll suddenly be falling foul of this hastily constructed law. 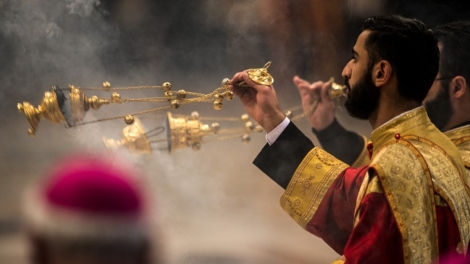 Psychoactive substances like incense will have to have specific exemptions

Before we go further, I am not here to “defend” legal highs; producing test chemicals and selling them to weans in the hope it’ll probably be fine is not my idea of an evidence based approach to drugs.   Taking undefined substances will, by definition, cause undefined harm.  But banning everything and hoping drugs will go away isn’t an evidence based approach either.

The Government’s own Advisory Council for the Misuse of Drugs (ACMD), which exists solely to advise the Government on Drug policy, have been consistently advising them that the law will be completely unworkable, and damaging.  With no exemptions for academia or industry, there’s the potential for a serious impact on medical and scientific research.  Venue owners could also face prosecutions for failing to prevent people from taking substances which are undetectable.  The main issue is that there remains no clear definition of what a psychoactive substance and no link between harm and criminality.

A shout out is owed to various members of the House of Lords, who’ve been trolling the Government with some brilliant amendments,  including one which tried to alter the Bill to make personal use of all drugs legal.   But if we’re relying on Baroness Meacher & Lord Howarth of Newport to be the voices of progressive change, I’m afraid it’s our political system which could do with being less fucked.  One of the chairs of the Parliamentary Committee which will scrutinise the bill is David Amess, a man who’s so knowledgeable about drugs he appeared on satirical show Brass Eye to condemn the use of “cake.” Despite “cake” not actually been a drug (yet), Amess was so concerned, he even raised the threat it posed in Parliament.

The legislation is modelled on the law in Ireland, where the use of New Psychoactive Substances continues to rise amongst young people despite the whole 4 prosecutions which have happened since their ban was introduced 5 years ago.  With no clear definition of what’s legal and what’s not, the only real way to prove a substance alters your mind is to conduct clinical trials on humans, with control groups, peer reviews etc etc.  The chances of there being a body of scientific evidence which could lead to a successful prosecution for someone selling a bag of random intentionally undefined stuff is slim.  It will remain legal to purchase the substances or possess them for personal use, so long as they don’t come from abroad, which people would definitely know if they‘re buying them from an illegal online business…somehow.

As a result of all this, we’ll end up with a law which technically bans almost everything and punishes almost no-one.  How we got here is a familiar tale; the tabloids shouted and now the Government MUST ACT, to make the problem worse.   Like we did with heroin, ecstasy, cannabis and of course, Mephedrone.

The Mephedrone debacle was a “high point” for bullshit tabloid stories

With many “synthetic” cannabis and cocaine substitutes flooding the market in the run up to a potential ban, the possibility that formerly legal highs and currently controlled drugs end up in the same supply chain dramatically increases, with health consequences that are impossible to predict.  We’re about to create and connect criminal networks which, whether we like it or not, will be interacting with drug users, in the case of legal highs, predominantly young people.   What could possibly go right?

We can’t look at this in isolation, the popularity of legal highs is another symptom of our failed approach to drugs: prioritising terror over education in our schools and failing to have a discussion about what the evidence is actually telling us, mainly because it’s consistently suppressed by Governments keen to continue on a failed path.

Prohibition hasn’t worked and just banning more stuff won’t work any better.  I can’t help but wonder if people would be risking their lives taking random pills if we properly regulated and tested drugs like MDMA, which have been used relatively safely for decades.  Would anyone use synthetic cannabis if they could buy cannabis without risking arrest?

With police and court budgets squeezed to breaking point, our justice system will have to decide whether to plough resources into arresting people for a crime they’ll struggle to prosecute.   I suspect they won’t, so we’ll be left with a “deterrent” we can’t possibly use, for a “war” we can’t possibly win, a deterrent which could blow up unintentionally…

This is a bad law in every sense – constructed for the wrong reasons, poorly drafted and without any thought as to how it will be implemented or what effect it will have on society.  I doubt it will benefit  anyone other than the criminal networks it may help to create and enrich .  There’s no evidence banning drugs has any effect on the rate of their consumption, as the Home Office themselves have been forced to admit.  Aside from all that, I’m less than convinced of the need for a general principle of state regulated mind control.  We’re in dangerous territory if we allow politicians to define all the things we are allowed to do instead of forcing them to specify the ones we aren’t.  Whatever the politicians say, the war on drugs has been lost.  If we redraw the battle lines to include nutmeg, incense, herbal medicines and backstreet poppers, we’ll only lose it even more spectacularly.

Mephedrone: Then And Meow

2 responses to “The coming up-pocalypse? Why the legal high ban is a bad idea”