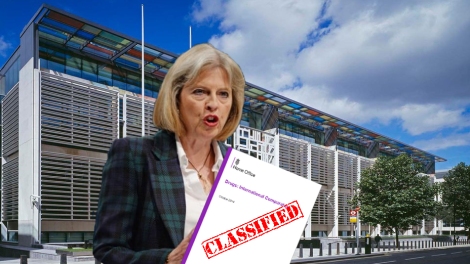 Last Thursday,  the Home Office finally released its first comparative study into the effectiveness of various approaches to drugs.   After 50 odd years of haplessly pursuing a policy which is clearly and demonstrable failing, it was decided that a brief glance at some countries not still engulfed in 1960s moral panic might be a wise idea.  The Home Office are clearly regretting the whole debacle, having sat on the report since July because they knew they weren’t going to like it.

The Foreword, signed by the Home Secretary Theresa May herself alleges that, “the UK continues to pursue a balanced, evidence-based approach to the misuse of drugs.”  Who knows what they’re smoking at the Home Office but I’m not sure if a prison sentence or rehab for liars would be the most appropriate response to such fantastical bollocks.  If we had four words for the report, they would be “we told you so.”

Where’s the evidence in the report for continuing our current approach to heroin, cannabis, ecstasy or any other drug?  And whose interests are being balanced?

I’ll spare less avid readers of 59 page Home Office reports the trouble and summarise the findings: safe spaces to consume drugs largely achieve their stated aims, producing clean alternatives to street drugs can save lives and, most crucially, there is no evidence of a link between the severity of criminal punishment for drug use and the level of drug use. Many initiatives suggested by drug reform campaigners are explored within the report and many of the arguments made by the political class against them are refuted. 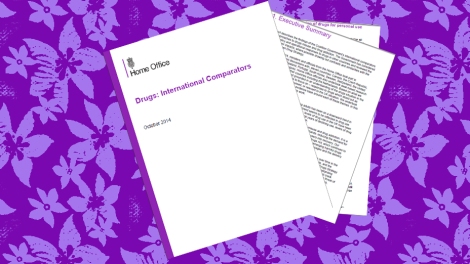 What I did this weekend. It was a wild one.

One case study focused on a drug consumption room, a safe space where users brought their own drugs and made use of the sterile equipment provided under supervision.  Far from NIMBYish opposition, the initiative was welcomed in the local community, whose main concern was increasing its hours of operation.  There was a reduction in drug-related litter to 20% of previous levels, a fall in acquisitional crime (stealing to fund drug habits) and with the support of the police, many of the social and criminal problems associated with problem drug use had declined, although not disappeared.

Another example concluded that producing pharmaceutical heroin (or more accurately, monitoring, administering and regulating its daily distribution) was more expensive than methadone replacement treatments in the short-term but the evidence of the long-term economic, health and social benefits were seen to at least balance the books.  We currently allow hundreds of people to die needlessly every year because we refuse to seize control of the distribution of heroin out of the hands/pockets of street dealers and bring it back into the National Health Service, where it was before this destructive privatisation began. 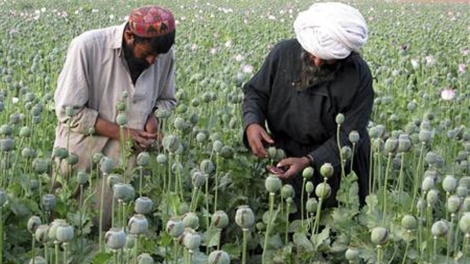 Almost all the heroin consumed in the UK is Afghan, with the proceeds going to drug lords. Safe.

On the broader point on decriminalisation, the evidence (which May & Co. totally rely on) shows there is “no apparent correlation between the ‘toughness’ of a country’s approach and the prevalence of adult drug use.”  In Portugal, which has made possession of small quantities of drugs something dealt with largely in the administrative system (when you can be given a fine, sent to rehab or indeed sent to jail) rather than in the criminal justice system, drug use is lower than it was in 2001, when this system was introduced.  So all the arguments about everyone rushing out to take eccies or smoke joints, if the selectively enforced law didn’t exist, are not supported by the reality.  The actual physical harm done by drugs bears no relation to their legal status either, as the Government’s own advisory body, the ACMD, has pointed out in the past.  In fact, a Lancet study found drugs like MDMA and cannabis to do less physical harm than drugs like alcohol and tobacco.  Which leads us to ask, who benefits from the current legal status of certain drugs?

We get to one of the key phrases in the report during the discussion of cannabis decriminalisation but it’s an idea that just as relevant to any drug. The reasoning behind a policy of licensing drugs is to “circumvent and eventually destroy the black market.”  This is where the “balance” part of our drugs policy kicks in for our chums at the Home Office – the bank balance.  Drugs, and many of the industries closely associated with their production and distribution are unregulated, untaxed, free markets which prop up the UK economy to the tune of billions – the ONS estimate £4.4bn comes directly from drugs every year but even that seems a gross underestimate.  How much economic activity is really “drug related” when you include the connections with trafficking, guns, the sex industry, sale of legal drugs and paraphernalia, luxury goods, houses, “legitimate” business set up with drug proceeds?  All that money is sitting in bank accounts, greasing the wheels of London’s financial markets and propping up the political class.  Tobacco, alcohol and pharmaceutical firms, who would rather their competitors operated illegally, make handsome contributions to our political masters to make sure they have a monopoly on the legal supply of drugs. 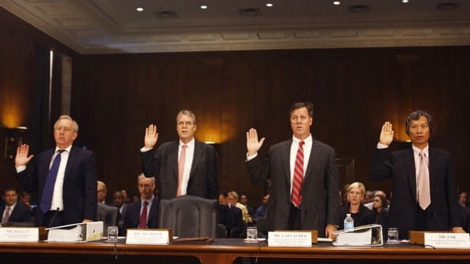 This study is a tacit admission that criminalisation is pointless and that health based approaches can reduce the whole array of health and social problems associated with drug use.  It’s no wonder the Home Office were so keen to suppress it and so quick to distance themselves from the obvious conclusions which would be drawn from it.  The other signatory to the fanatastical Foreword, former Lib Dem Minister Norman Baker, has since resigned, describing the Home Office as being like “walking through mud.” He had called for reform of the drug laws but was derided by his masters, joining a long line of politicians and scientists who have either quit or been sacked by successive Governments, for daring to suggest we pursue an evidence-based approach (which we’re definitely pursuing now, remember?)  Pass the dutchie to the junior minister who just says no. 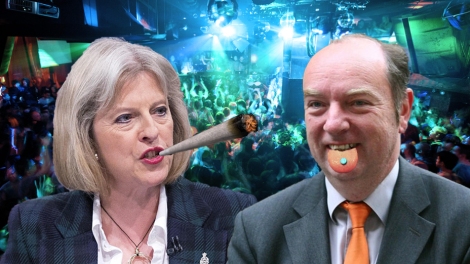 With no compelling case for any particular approach in terms of reducing drug use, there is no case left for criminalisation.  Prohibition has failed in its solitary stated aim.  We can reduce drug use and provide a clean, safe space for drug users – so why continue to ignore reports to both Holyrood and now Westminster calling for this to be done?  We can reduce drug use while testing the pills being taken in our clubs – so where’s the evidence to not attempt to prevent the many well documented pill related deaths?  We can reduce drug use and distribue drugs in chemists rather than on street corners – so why do we trust dealers over clinicians?

If there is no policy which stops drug use, what is the point in drugs policy if not to make use safer, or dare we suggest, better? A balanced, evidence based approach should aim to educate users and wider society, mitigate as much of the health and social impact of drugs as possible, redistributing power away from dealers and mind its own fucking business about what substances people use, so long as they are properly regulated and tested.

Thankfully for drug traffickers/booze companies, the Government has announced it will ignore the report and continue with punitive criminalisation of drug users.   But now even the Home Office are deviating from the “just say no” message, we can’t allow those in power to keep hiding from the truth about Britain’s broken drug laws.

Our approach to pills is unsafe

It’s called “ecstasy” for a reason