Alright. Now, I know that this post is going to tread on some dangerous territory as I feel that I might be flogging an unpopular opinion here, not dissimilar to a 5 year old girl in 1997 saying that she doesn’t like the Spice Girls…HOWEVER, I feel that you beautiful readers deserve to be aware of just how crazy problematic girl-of-the-moment Jennifer Lawrence is.

We all know her, the bolshy, in your face heroine of the Hunger Games fame. For the past few months, I don’t think a day has passed in my sad little internet-dependant life where there hasn’t been some kind of gif reposted of her featuring one of her “badass” or “body positive” (HAHAHAHAH) quotes.

I will admit that I haven’t went out of my way to immerse myself in Jennifer Lawrence-y activity following her rise to fame, but I’ve always harboured a wee niggling feeling that there was something off with her. The main thing was that all I was seeing was this slim, white, conventionally stunning woman talk about how great it is to be average and to be happy in a body that isn’t admired by society – that’s all GREAT but someone should really re-install the mirrors in Jenny’s house because I think she’s forgotten what she looks like…

By this point I had only taken umbrage at her for saying that she doesn’t care about people thinking that she’s overweight when she’s (literally) sitting pretty, far from even being near overweight. That’s one instance, and it seemed to have good intention behind it, so I set out to see what else she’d been putting out there to rack up such a fanbase and that ‘girl power’ reputation (two Spice Girls references, even if you don’t like this post, you have to give me some credit for that heh). 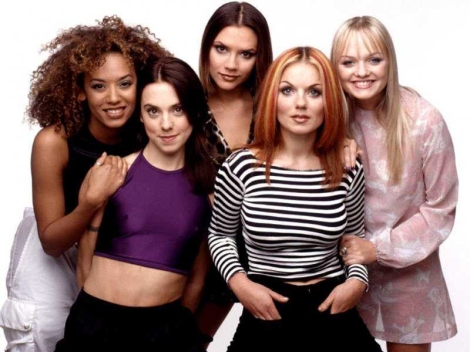 BOY, I WISH I HADN’T EXPANDED ON MY KNOWLEDGE OF THIS WOMAN. What I discovered was mindblowing (in the bad way). Being a fan of bullet-points, and not being a fan of cleverly linking paragraphs, I will proceed to tell you why J-Law is just…terrible:

I am absolutely without doubt sure that there are so many other issues I haven’t even mentioned here, but come on, I have a life (sort of…) and I have a fear that MS Word would eventually run out of pages if I kept goin’ without limit. Anywayyy…fair play if you like this woman as an actress, she is a pretty good one (bleh), but please bear in mind all of this shit when you go to start singing her praises as a groundbreaking, positive influence on her young female viewers. Because it turns out she’s just another cunt really.

Collecting her just another cunt award/Golden Globe. Whatever.