Topping the UK-wide Euro poll with 27.9%, UKIP are today being hailed as part of a new big 3 in British politics.  It’s almost impossible to put into words how immensely frustrating and disillusioning the whole affair seems on the surface – an explicitly racist, homophobic party winning an election, a media circus around Nigel Farage, almost no mention of the Parliament and what it does or what any of the candidates planned to do when they got there, Scotland….

Around these parts, it’s estimated UKIP were on our screens up to 4 times more than the SNP. Last night’s coverage of Scotland commenced just before we broke for news, with a pundit announcing Labour had won overall in Scotland, despite polls favouring the SNP before saying that was further proof independence was definitely a bit of a riddy no-one wanted. When we returned, a graph of their great victory showed Labour trailing 5% behind the SNP…

It was nice to be treated to a wee cameo from the (English & Welsh) Greens,  whose leader Natalie Bennett (no?  Never saw her on the telly??) complained about the media  blackout, despite her party being represented at Westminster and in Brussels.  “Everyone’s been complaining” snorted Dimbleby “well not UKIP.” 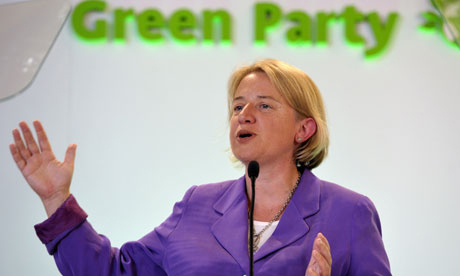 The leader of the 4th placed party…

The Farage/Beeb joint ticket was enough to see vile homophobe and UKIP’s London regional organiser, David Coburn elected to the European Parliament from Scotland.  UKIP came 4th north of the Border, picking up 10.5% of the vote here, 3 places and 17% behind than their UK average.

In England, there is much talk of the “small c conservative majority”, yet it was Scotland where voters were at there most conservative .  Our visions of a Tory Free future in the event of a Yes vote were ever so slightly ruined by the sight of 230,000 or so Scots voting Conservative.  It’s estimated the Labour vote was buoyed up by their conservatives, out to defend the union again, despite that not being on the ballot paper. The SNP and Green vote stayed pretty much static and even the Lib Dems fell less far and less fast here. The only minor dent in the conservative voting pattern of Scots was the rise of UKIP, which is effectively a hark back to the conservatism and unionism of 50 odd years ago – when working class Tory voters ensured the total dominance of the Conservatives here.  We’re almost too conservative to want a change like UKIP and would prefer to just stick with the Tories we know, almost.

The notion that Scotland is somehow inherently more radical or more progressive than the rest of the UK has finally been laid to rest – it shouldn‘t have needed UKIP to do that.   Those in the independence movement who hung their hat on the “we’re better than nasty Engurland” peg, now find UKIP has laid an egg in their bunnett.

Yet looking at a map of England, almost all coloured in purple, you can’t say Scotland and England are heading in the same direction.  Surely that is what matters; not whether there is no racism, bigotry, unemployment or political disillusionment in Scotland but whether we have an opportunity to begin to undermine the conditions for those things – not who has the worst side-effects but what the solution might be – not some kind of cosy abstraction about the essential spirit of Scottishness but what’s actually going to happen in the next few years in our country.

Are you scared yet?

A by-election in Newark, where UKIP outpolled all the other parties in the Euros, could see Roger Helmer become UKIP’s first MP in just a weeks time.  Helmer and UKIP won the region despite Helmer declaring homosexuality to be “distasteful if not viscerally repugnant” and expressing support for anti-gay torture (“Why is it…not OK for a psychiatrist to ‘turn’ a consenting homosexual”).  Both Labour and the Tories are already waxing lyrical about the clear direction of travel – more immigrant bashing, more lurching to the right, defacto Tory/UKIP pacts to squeeze out red-faced Ed.

The self-fulfilling prophecy has now come true for Aunty Beeb, so expect plenty more visions of Britain’s new 3-headed monster being beamed into our living rooms, as the nation waits for the “how big will the UKIP earthquake be this time??” news to break in 2015.  As Nigel Farage escorts his new MPs into Westminster as potential king-makers, Labour stand in the shadows of Dead Ed, the Millipedes attracted to the jam of tomorrow that never was, watching on helplessly, as the only devolution of powers or redistribution of wealth is the one away from the Lib Dems and towards the purple headed trouser snakes of UKIP.

Political debate in the UK is now focused solely on whether Westminster has enough powers to destroy welfare, undermine social protections, kick people out the country and get rid of any concept of human rights or whether we need to leave the EU to start properly fucking up what little we have left.

Scottish politics could be somewhere far, far away from here.  We could be talking about wanting to attract people to our new nation, what human rights will be enshrined in our new constitution, what social protections we want to underline.

Make no mistake: UKIP hit the mark among some in Scotland who’re tired of the Westminster bullshit  but aren’t convinced that Alex Salmond’s big tent will actually have room enough for all of us when the real economic and political decisions come to be made.  They may only have polled 3% of the total electorate but then almost two-thirds of us stayed at home.  The small c conservatives can bicker amongst themselves about whether independence or a future of increased kippery is closer to the status quo (whatever that is/was) but a huge majority of Scots have clearly had enough of the way things are.

Scots today should feel no different to anyone else in Europe, where voters have delivered variants on the same message to their political class; no more protected from reactionary ideas than French citizens nor any more inherently likely to vote for the radical left than the Greeks.  We clearly didn’t win the battle against UKIP in Scotland this week, that doesn’t mean the war is any less worth fighting.  Again, it isn’t who (or even where) we think are right now; it’s where we are going.

Those devo max plans in full

Do we chose to remain in a Westminster set up that brings out the worst in all of us?  Do we continue to allow the battle for a few marginal seats in the South East to matter more than whether people can feed themselves?  Do we stand idly by as Britain fails whilst we continue to say that the worst excesses of that failure, like UKIP representation, won’t really affect Scotland because we’re made of heartier stuff up north?

Or do we acknowledge that it’s exactly because we fear the rise of xenophobia that we want to build a society which can offer jobs and housing to all its citizens?  Do we say we’re sufficiently worried by homophobia to want to make sure LGBTQ rights take pride of place in a new constitution?  Do we say it’s because we know UKIP exists for a reason that we want the economic and political powers to challenge the root causes of their success?

That choice becomes ever sharper with each rising Kipper, be they north or south of the border.   Scotland deserved the opportunity to elect or reject UKIP on our own terms, not on the terms of the British political elite and its media, we were denied that opportunity this week.  We can’t respond by rallying behind the status quo, by tying a tartan ribbon round the runny jam of tomorrow. We must resolve to radically change Scotland and speak to the massive chunk of Scots who didn‘t give the tiniest fuck about which utter wanker we sent to some Parliament.

The chance to wipe the smirk off the faces of the Westminster class for a few days may be enough to motivate a whole 3% of the Scottish populace to have voted UKIP on Thursday, the chance to consign those faces to the history books must  motivate many more of us to fight for an independent future.

It’s raining Kippers: are the floods a punishment for UKIP?