It’s not been a good week for G1 Group Mogul, Stefan King.  Whilst we don’t like to be seen as delighting in the misfortune of others…

What better time to present our 5 reasons he should be worried?

The claim that people who don’t quite fit the bouncers bill get knocked back from G1 venues will come as news to almost no-one.  It’s happened to many of us personally, but the idea that there may be something more nasty behind all this isn’t news either.  While the Polo Lounge case has now made the national media, it’s certainly not the first time G1 has been accused of discrimination.  Back in 1999, their club Archaos was the centre of the first case brought against a nightclub in Scotland under the Race Relations Act.  Whilst the trial itself collapsed, mainly due to questions over the credibility of the key witness, the Judge nonetheless noted that he didn’t doubt any of the witnesses who were told it was “regulars only.”  In his summing up he said,

If the developments at Polo Lounge are anything to go by, Mr King could soon have another lawsuit on his hands.

4. Whose name is it anyway? 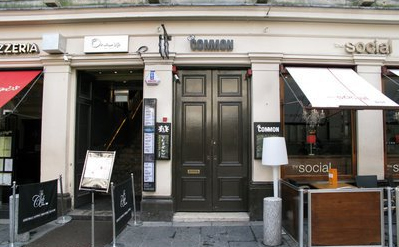 We still prefer to call it by its Common name…

“Common” was one of the many bars in Royal Exchange Square in Glasgow.  “Shimmy Club” were a group who put on parties in Ibiza and across the UK including Edinburgh and… Glasgow.  So it must have been quite a shock to them to find that Mr. King had rebranded Common as “The Shimmy Club.”  The original Shimmy have apparently taken legal action to get their name back.  That hasn’t saved them from floods of abuse from confused punters worldwide in the midst of the mirror scandal at the G1 venue.  The original Shimmy Club are supporting a campaign to have G1 stripped of their  “Investor in People” and publican awards which you can find here. We salute their indefatigability (or something) in handling abuse that’s meant for Mr. King and we hope they get their name back. 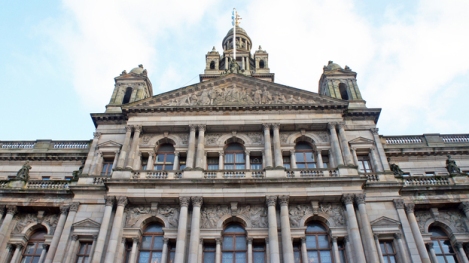 Glasgow City Council’s licensing board were not impressed

If our minions are to be believed, then Stefan’s henchmen are currently down the Sheriff Court appealing the decision of the licensing board to close their aforementioned “Shimmy Club” for a week.  This comes in the wake of the venue’s installation of two way mirrors, which allowed men to pay to watch women in the toilets.  The board rubbished G1’s claims that the mirror had been appropriately signposted, saying “no signage was observed to indicate to patrons that this was a two-way mirror.”  So women were being viewed without their consent, creating the potential for “inappropriate or predatory behaviour” in the words of the board.  Even more worryingly, the fact that the venue hosted under 18s nights meant:

Any female children within the toilet area would have been capable of being viewed by patrons in the private booth and the adjacent bar area, without their knowledge or consent, or that of their parent/guardian.

So wee girls were turned into a  “talking point” and a “bit of fun” in the words of G1’s director of risk and compliance, Kirstin Nicol. Licensing Board Chairman, Martin Cunning summed up the attitude of G1 to proceedings when he said,

It seems that the attitude is that ‘it’s okay, it’s still enough of a laugh to get away with it and we regret getting caught – we don’t regret the original decision’.

One decision we know G1 will regret is their decision to call the Polis on Robert & Nathan Gale when Robert, who is a wheelchair user, was knocked back from Polo Lounge – for being a wheelchair user. They instantly called for a Boycott of Polo and are weighing up their options when it comes to pursuing Mr. King in the courts. The ensuing Facebook campaign now has thousands of supporters and discussions on everything from press releases to protests are flourishing.

The campaign hits a raw nerve with LGBT* folk who are already tired of the kind of experience we get from venues like Polo. As one supporter put it,

If Mr. King wants to run his clubs this way, then fine – but they can fuck off from the gay scene

Disability rights campaigners are also more than familiar with this story, which stretches far beyond one venue or one group.  When we asked for a disabled toilet to be opened in one Glasgow venue, we were told the toilet was being used to store surplus chairs. When we protested, a massive scene was made and the chairs were duly dispersed across the otherwise empty venue, amidst great agitation.  All this made clear that they’d rather there wasn’t someone who used a wheelchair in their venue. Requests to pay them money for booze were responded to in a much more polite and hasty manner.  For many, it’s time we challenged this culture, and this campaign could be a good place to start.

Robert & Nathan are a massive problem for Stefan and his G1 Group.  Their incredible bravery in speaking out has won them recognition far beyond LGBT* or disability rights campaigners, because it strikes a chord with so many. From the guys who’re tired of being judged at the door for how they dress or speak, to the women who’re tired of being creeped on. Folks are cropping up all over the place to say maybe it‘s time we challenged what‘s happening to the way our nightlife is being operated.  I get the distinct impression Mr. King may have messed with the wrong gays this time.  Whilst they’ve launched themselves into the campaign, the humility shown by the couple has also been remarkable.  They clearly understand what this is all about. But don’t take my word for it. I’ll leave you with the words of Nathan himself.

This fight is not about me and Robert. More than anything else Thursday night has shown how privileged we are. We have an incredible group of family and friends who have rushed to support us. We have a voice and a platform to share what has happened to us. We know that the way we were treated is unacceptable and can ably enforce our right not to be treated in such away. We we will take comfort in each other, dust ourselves down, and get over the anger, and humiliation.

This fight is not about us. It is about disabled people generally. It is about that young LGBT person going on their first night out to a gay club, excited, nervous, and hoping to find a place that will accept them for who they are. Being treated with the utter contempt and disregard with which we were treated could destroy them. It could be years before they ever try to go on a night out again. Those first, tentative steps they had taken to be who they are could be stopped in their tracks. They could think that they don’t deserve to be treated any better.

This fight is for them, and for all the other disabled people who don’t go out, who have no self worth, who don’t have a voice to share the awful acts of discrimination that they encounter on a daily basis. Rob and I will move on. There will be many other fabulous nights out. If it were about us we’d be inclined to focus our energies elsewhere. But it is not about us, it is about them. And for them, we will never give up. We are coming for you Mr King. This one is not going to go away!

5 responses to “5 problems fit for the King”