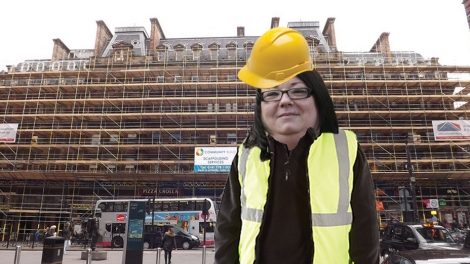 A Glasgow councillor, who was arrested back in May, has another job.

Yvonne Küçük, who represents the Calton Ward and is currently suspended from the Labour Party, is working at construction firm Community Build Ltd (you may remember them from such scaffolding as that big one on Hope Street).

Having obtained evidence of her position, A Thousand Flowers contacted the councillor on Wednesday evening, to ask if there was any reason the role wasn’t listed on the Register of Interests. We recieved no response. By Thursday evening, the Council’s website had been updated, to confirm Community Build Ltd as an interest within the “Remuneration” section. We tried to contact Councillor Küçük for further comment but have again received no response.

You may not be familiar with Community Build Ltd but they’re a firm whose current and past directors have a history of links with two Calton councillors: Labour’s George Redmond and…Yvonne Küçük.  Past directors include William Faulds (who was arrested in connection with the same allegations as Councillor Küçük) and William Redmond (George’s brother).  William Faulds is also George Redmond’s cousin…and Councillor Redmond is the second cousin of one of Community Build Ltd’s current directors,  Kenneth Edward Faulds.

Councillor Küçük had previously been employed at the Dalmarnock Hub, a £5.5m regeneration project which provides health and childcare facilities in the East End but she resigned from her role in April citing health reasons.  The Hub is operated by the Peoples Development Trust (PDT) and Küçük has connections to various previous PDT directors: George Redmond (fellow councillor), Alan Kennedy (cousin), Robert Kennedy (Alan’s son) – and now also Kenneth Edward Faulds, a current director at…Community Build.  Küçük’s husband also worked at the facility. 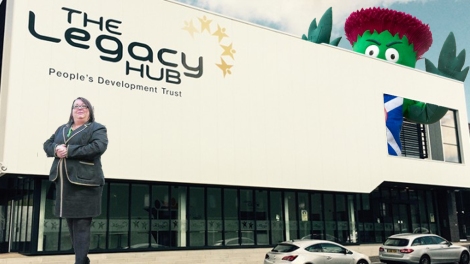 Küçük was previously employed as a Regeneration Manager

The recruitment process which led to Küçük’s appointment at the Hub back in 2011 was carried out by the Glasgow East Regeneration Agency (GERA), an anti-poverty charity.  GERA were embroiled in a scandal after a £500,000 package was awarded as a “Golden Handshake” to outgoing Chief Executive, Ronnie Saez.  Following that furore, Saez went on to set up a company called Divercity (Scotland) Ltd along with current council leader, Frank McAveety.   Other previous Divercity board members include: William Faulds (the one who got arrested, formerly of Community Build), William Redmond (formerly of Community Build) and William Woodburn, the other current director of…Community Build.

While there is no suggestion of any impropriety on the part of Community Build Ltd or indeed Councillor Küçük in relation to this position, it would certainly appear the firm is building extensive connections with our elected representatives – and it now appears Yvonne Küçük has a paid job there.

Will The Barras survive regeneration?