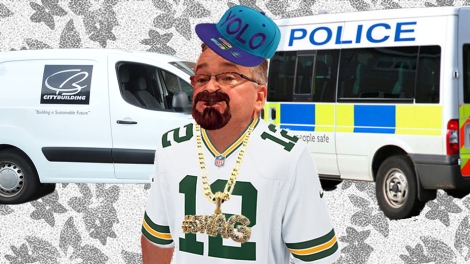 Breaking: Bad stuff going down at the Council

Police have announced they have recovered drugs with an estimated street value of £200,000, from a car and a council van.  One of the people in the van, owned by City Building, an “Arms Length External Organisation” (ALEO) set up by Glasgow City Council, was Michael McKenna.  Michael McKenna is the step-brother of the partner of Paul Carey.  Paul Carey is a member of Glasgow City Council and former chair of City Building.

Former City Building Chief Exec, Willie Docherty (husband of Labour Lord Provost, Sadie Docherty), received a mere £615,000 retirement package when he stepped down in 2012, despite the fact he was, as the Express tactfully put it, “closely linked to drugs shame former Glasgow City Council leader Steven Purcell and has faced repeated cronyism accusations because of his links with Labour.”  This certainly isn’t the first time City Building,  Labour councillors and drugs have all worked there way into the same tale.

To be fair to Paul Carey, there’s no suggestion he or his partner were aware of the drug bust or what their relative was up to and he has denied all knowledge.  He also wasn’t involved in City Building, when those particular contracts to Labour donors were awarded.   Instead, Carey was chairing City Parking, receiving £10,558 in that role while simultaneously making £6,335 for sitting on the board at City Markets, which has responsibility for Glasgow’s fruit and flower market. 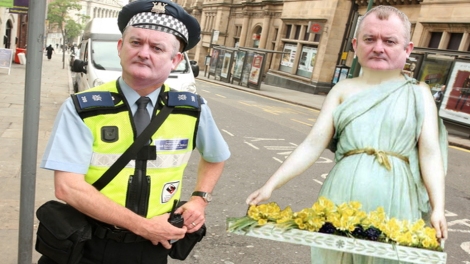 A Paul of All Trades

Carey’s tenure at City Building may be best remembered for his keenness to withhold details of why their credit card bill exceeded £100,000 per year, saying this was damaging to their workers, including their disabled workers…no really. There were exactly no rumours the money was being spent on wages, apprenticeships or making their workplaces more accessible or their workforce more diverse, Councillor Graeme Hendry instead requested a breakdown of how much “wining and dining” had been done between members of City Building and the Council.   If these last few days are anything to go by, requests about why City Building employees were distributing wine may be the least of their worries.

“A glass of Pinot Grigio and a score bag”

If Glasgow City Council apply the same logic they did to The Arches to themselves, they will shut themselves down. Given that the current Council leader and candidate for Scottish Labour’s deputy leadership, Gordon Matheson, is encouraging people to “judge me on my record“, it seems logic is in short supply at Glasgow City Council – and despite the best efforts of certain City Building employees, amphetamines are now in shorter supply in Glasgow. 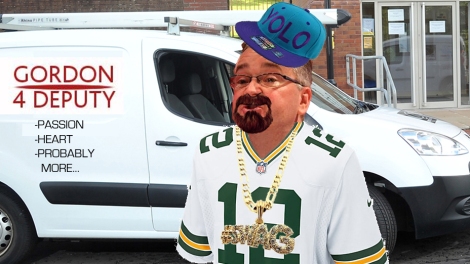