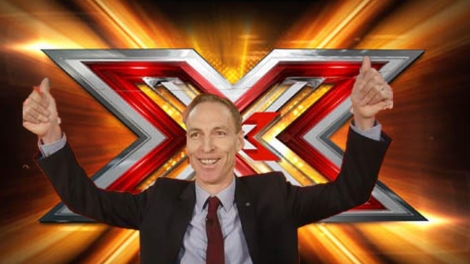 This weekend, 2 tired formats had an opportunity to revive their fortunes.

3 contestants entered the final showdown, although only 2 were ever believed to have a fighting chance.  With Andrea Faustino boyacking out on proceedings last night, there could be only one winner.

Sarah Boyack and Andrea Faustino took the not so coveted third place, as expected.

Ben Haenow is “nice” apparently,  I don’t really do nice.  He bleated his tortured wee soul through boring mantear filled moment after boring mantear filled moment, week in, week out.  Fleur East on the other hand offered a return to real X-Factor values, when acts were able to cover tracks which were vaguely relevant.   The machine has slowly been drifting in a more conservative direction for a long time, losing popularity along the way.  We still have “big band week” because of that swing album Robbie Williams made 13 years ago.

East did Whitney and danced like Jacko but also made light work of rapping, singing and dancing her way through Macklemore and Minaj.  While recent winners have struggled to secure the Christmas No. 1 slot the show was designed to dominate, the track she covered was No. 1 on itunes within hours of her performance last weekend.  And if you’ll excuse a rare observation from an otherwise pink blooded man, East looks absolutely incredible.  Don’t believe me, just watch…

Neil Findlay was no Fleur East – and not just because he lacked the abs.  He nonetheless suggested that the only way to restore a bit of faith in an old monster was to attempt to take it back to basics.  Jim Murphy’s campaign consisted of him standing around, singing man in the mirror, as pointless platitudes like “justice”, “equality” and “Kezia Dugdale” fluttered around in the background, or was that Ben’s act?

There’s not much to be gained from pointing fingers at those who voted for someone I dislike in a singing contest, I can’t grudge other people their terrible, incipid music or taste.  Well, maybe I can a wee bit.  But I can definitely grudge anyone attempting to justify the choices made this weekend by Scottish Labour.

I assumed Murphy’s victory would be secured by career politicians but in reality, almost double the number of ordinary members of the Labour party voted for him over Findlay.  The overwhelming majority of Scottish Labour Party members endorsed a man famed for his puritanical rigour in pursuing militarism, privatisation and austerity.  That’s what Scottish Labour is now.

Anyway, evil triumphed over good in all the votes, our hopes for nationalisation and no nonsense Nicki covers dashed.

Ben (Whonow?) may well repeat the “success” of other whiney white blokes who’ve won X-Factor like Matt Cardle, James Arthur and our homeboy, Leon Jackson.   But Jim Murphy has a much bigger problem, he’s yet to face the public vote.  When that day comes, it may be less Haenow and more Bye Bye.

NatTown Funk could stay at Number 1 for a while….