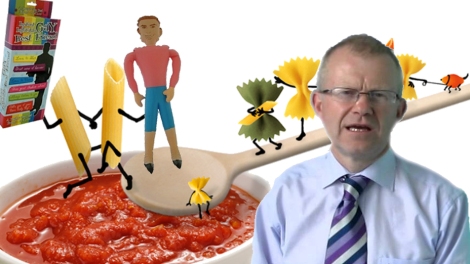 It’s been quite a confusing few weeks to be a homo.   It seems we’re just never past having to listen to the constant opinings of random folk about exactly what we can and can’t do and how much we are or aren’t equal.  Just when you hoped the equal marriage debate was over, you’re reminded that in Scotland, it’s just getting started.  Even calling it a debate is giving the whole process a bit too much credit.

Perhaps the most pressing question for a reprehensible troll such as myself isn’t whether we’ll get a law but how many politicians, pundits and punters will make ginormous cocks of themselves by outing themselves as homophobes in the process.

One man who’s been priming himself to be a massive knobhead for some time now is John Mason, the SNP MSP for Shettleston.  He’s positioned himself as a regular expert on the gays, constantly politely rabbiting on, in his drab tone, about how much he‘d love to cause some minor annoyance to us, one way or another. His language is as measured (boring) as one might expect from an SNP MSP. For all I rip the piss out of them, they are the most disciplined political unit I’ve ever encountered. You’ll certainly never hear John talking about hinging us and flogging us, that’s not how homophobia is done in 2013. 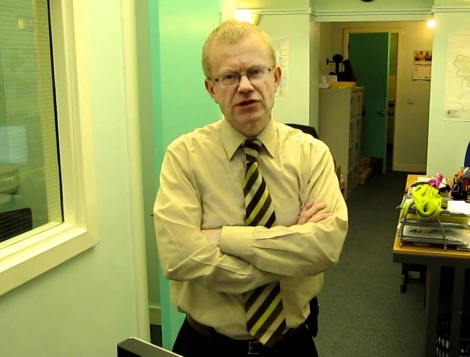 John Mason is definitely an expert on gaiety for some reason

He doesn’t actually hate us we’re told, he just spends much of his time finding tiny and almost insignificant ways to inconvience us or remind us he doesn’t deem us of equal value. The fact that these things are so “small“ (to those whose existence isn‘t being constantly sniped at), allows the debate to shift to the fact we’ve even noticed them or made a big deal out of them.  This deflects attention from the fact that there are people out there dedicating so much of their time getting in the way of LGBT* people, for no fucking reason.  People like John Mason.

His latest ploy is to try to make sure registrars don’t have to…register the fact that gay people are getting married.   He went on to compare his dodgy scheme to the ridiculous opt-out which remains in place for doctors who refuse to perform abortions.  I have friends and family who work in the NHS and all of them do things they don’t really like for people they don’t really like every day,  it’s their job.  None of them feel they should be cleaning piss or wiping bums but they just have to get on with it.  It’s been made clear many times that patients don’t get to discriminate against health care professionals, so why not the other way round?

No room at the Inn: Hazelmary the Homophobic Hotelier wasn’t chasing pink pounds.

But it’s not just the state who‘re at it.  Mr. Mason’s suggestion reminds me of the various other attempts that homo haters have made to assert they’ve got the right to refuse to provide services for people based on who they’re pumping, despite the law stating otherwise.  A string of hoteliers and B&B owners, funded by evangelical campaigners, have continually attempted to argue for their right to not serve gay customers.  Now pure skinto, the most famous homophobic hoteliers, Peter & Hazelmary Bull have been forced to sell up.  What a wee shame. Even Nazi Nick Griffin crawled out from under his rock a while back to tweet the home address of another couple refused service in a B&B on the basis of their sexuality and threatened to turn up at their door with his goons. Thankfully, no such event occurred although hilariously, a picture started circling of Nick holding a letter on which his entire home address was visible.  I suspect he got sent a lot of pictures of willies. 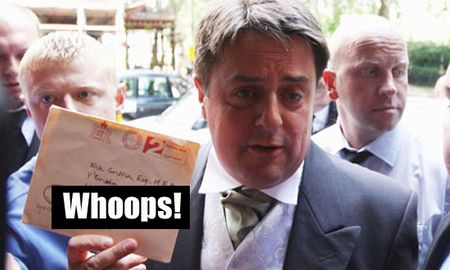 Some companies may allow us to enjoy their products rather than refusing us service, so long as we don’t get too uppity. One of the more comical tales from the past few weeks was when the President of Barilla, a company who make pasta, declared that he didn’t necessary mind if gay people ate his pasta, so long as they didn’t adopt children. Did you get that homos? Pasta? Good. Babies? Bad.  Top trolling credit goes to their rivals on the pasta scene, Bertolli, who placed an advert on their German Facebook page with the line “love and pasta for all.”  The picture can only be described as…gay pasta.  Gay. Pasta.

Is that a Penne in your pocket or are you just pleased to see me?

Tesco unveiled it’s own strange set of homo values when an item purporting to be for “kids aged 3-4” appeared on its website.  The toy apparently would “give you fashion advice, tell you if your bum looks big and b**ch about everyone who doesn’t wear Jimmy Choo’s.”  So if your tot needs a hand bitching about people who don’t wear Jimmy Choo’s, maybe you should invest in what Tesco’s own website dubbed an “inflatable g*y best friend.”  Yes, with an asterisk. Creating an army of bitchy queerhawking toddlers? Good. Saying the word “gay”? Bad. 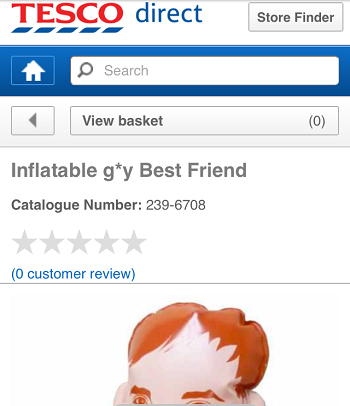 See no homo, hear no homo, speak no homo

This may all be highly amusing, it’s great fun watching the once all powerful hetero society falling apart in such a comical manner but there is a more serious side to all this  – it’s not just about what’s allowed on a website, it’s about whether we allow those hostile to our existence to be empowered to exclude us.  It’s about whether we can wrestle power away from those who’re determined to make our lives such a hassle.

John Mason and the other 21st Century homophobes are basically saying that we can have our rights and eat our pasta but only if and when they let us.  If we don’t resist all attempts to pander to homophobes and bigots, we’ll end up in a situation where people’s “right” to have an opinion over our lives is prioritised over our right to not be constantly discriminated against, a situation where prejudice is enshrined in law. There is a real danger that only LGBT* people of certain faiths will be able to get married in certain places but not on a Tuesday, Thursday and every other Friday morning when homophobic old Jim is on duty.

Our politicians need to be brave and realise that there is nothing to be gained by selling out LGBT* people or constantly making exceptions for those who hate us.  Nothing will placate those who don’t want us to exist.  There is little point in empowering them by making even more complicated sets of rules.

There are still questions to be answered when it comes to equal marriage – Will the legislation protect and empower trans* people? Will there be any provision for other non-traditional family structures? Will we have a system that‘s equal and not a two-tier system based on exceptions and exclusions?  Will any party ever recognise that LGBT* rights are a political issue and not a matter of “conscience?” Will the SNP leadership actually take a stand and make this a matter collective ministerial responsibility like they do for anything else they deem important?  If you realise the answers to most of those questions is no, you might see why we’re nowhere close to equality.

We need to fight the battle to transform our broken, unhealthy political and sexual system, a debate which is much greater than equal marriage legislation, on our terms.  We cannot afford to be sent on the hunt for lesbian linguine while our politicians make provisions for prejudice.  We may not win every battle or get perfect laws this time around but we need to make clear that we’re not playing by their rules anymore. Those who once had us thrown in jail are now haplessly clutching at homophobic spaghetti and non-registering registrars.  They really are pasta joke.

Something equal this way comes?