By Alvaro Lanark (a Colombian in Glasgow)

Note: the slogan “Colombia is the answer” is used in a nauseating ad campaign that aims at attracting investment to the country, and describes it as basically a heap of resources waiting to be looted.

A decade ago, a handful of countries aligned with George W. Bush’s call to invade Iraq – as a response to Saddam Hussein refusing to get rid of weapons he did not have. Only few of those maintained their support when news broke that it had been a hoax, and their loyalty was, of course, greatly appreciated by the Bush administration. Amidst the scandal, we could see Bush rewarding Tony Blair, John Howard (Australian Prime Minister) and Colombian president Álvaro Uribe-Vélez. The first two have since been facing inquiries on their responsibility in the war swindle, while the latter was never made accountable for that support. The reason for this might lie in the fact that he was already involved in more pressing scandals with less international resonance.

Álvaro Uribe was an intensely pro-war politician: he came from a family of rich land-owners who have been surrounded by armed conflict for decades, and it has been claimed that their prosperity depends on it. Uribe’s father, Alberto Uribe-Sierra, made a fortune land-grabbing in a zone where violence was pushing peasants out of their lands and the legal register of land ownership was riddled with corruption. The massive amount of people who have been displaced from their lands (counted in millions already in the 90s) provided both guerrillas and private armies with plenty of desperate individuals to feed the conflict. Alberto Uribe-Sierra himself was killed by the FARC guerrillas in 1983, and Alvaro’s brother Santiago was also shot, but could be airlifted to safety in a helicopter that turned out to belong to Pablo Escobar. Yes, Pablo Escobar. The involvement of Uribe-Vélez with Escobar, Fabio Ochoa, and other important heads of the Medellín Cartel is still a matter of especulation. Uribe’s personal vendetta against the guerrillas led him to use the discourse of “narco-terrorism” and the international aid it would bring, to advance a counter-insurgency war whose problematic methods have been criticised by international media and human rights organisations. It is still unclear (i.e. not fully proven) if technical equipment from Plan Colombia was used in an illegal wiretapping scheme against the opposition and journalists set by Uribe’s closest aides. 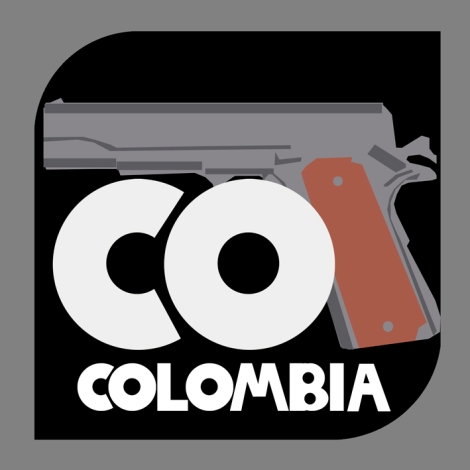 However, Uribe’s government was just a dark window in Colombia’s mildly liberal timeline. Current president Juan Manuel Santos is a completely different character. He is as close as a Colombian can get to being an urban aristocrat. His great-uncle Eduardo Santos was president between 1938 and 1942, and refused to take sides in the Second World War, keeping Colombia a (nominally) neutral country until 1943. Throughout the XXth century his family owned the most important Colombian newspaper. Juan Manuel received an international formation clearly aimed at high politics, and in interviews he is more fluent in English than he is in Spanish. He also has very strong contacts with the world media, and we saw him recently as a Guardian contributor, advocating a different approach to the war on drugs. In his column, Juan Manuel Santos does not propose anything new, but he does represent a way of talking about drugs that is miles away from what we have heard from other world leaders. He, for example, does not mention “terrorism” even once, and refers to “problematic use” – rather than simply regarding use as a problem. This is not an entirely new trend, though, since there is in Colombia a long liberal tradition that produced an extremely advanced constitution in 1990 and made legal the possession of a personal amount of illegal drugs in 1994 (much earlier than any other country in the Americas).

The change of approach towards drugs in Colombia is not then just a personal stunt of an enlightened despot. The bloodshed Colombia suffered during the 90s, plus the enormous environmental impact of the war on drugs left a large part of the population convinced that violence might not be the way. Even though the funds of Plan Colombia created a profitable and corrupt war-on-drugs business for some, a more progressive take on drugs is flourishing, both at a grassroots level and in terms of government programs. Gustavo Petro, mayor of Bogotá, Colombia’s capital city, has implemented centres for the treatment of drug addiction where researches are allowed to collect data and try new ways of helping homeless people addicted to the most problematic drugs like crack or “bazuco”. This would be an important step ahead in the approach to addiction as a disease rather than a felony. This initiative has met strong opposition and even smear campaigns, but not much more than any of the policies pushed by the leftist, former guerrilla member, mayor Petro. There is also an interesting non-governmental initiative for a testing service for party pills, that was picked up by the current capital city government (link only available in Spanish). 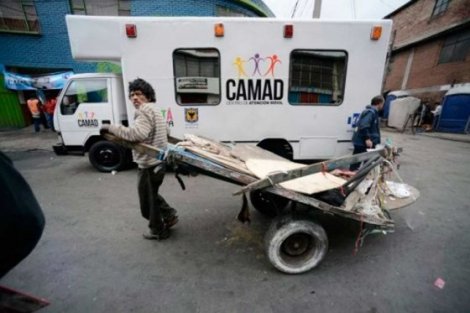 Centre for the treatment of drug addiction in Bogotá, taken from the mayor’s blog http://petrogovernmentbta.blogspot.com/

In contrast, Mexico looks very much like Colombia looked a couple of decades ago. Rampant corruption, and daily massacres. Still, the Peña-Nieto government imposes a nonsensical prosecution on the traditional use of Salvia divinorum (link only available in Spanish), presumably in an attempt to mimic recent legislation changes in the USA. There is little practical utility to this kind of policies, but they are an important part of a an over-simplifying, brute-force repressive drug politics that hit indigenous communities hard but end up benefiting violent drug lords. The discourse on drugs from the Mexican government stands way behind that of the rest of the world, in spite of the actual opinion of Mexicans. It all makes sense, though. While the drug-lords stay more powerful than any other political actor, the prohibition that gives violent individuals a substantial edge in that trade will remain. This is crystal-clear in the declaration of a Sinaloa Cartel leader, where he officially thanks American lawmakers for keeping drugs prohibited.

I would then ignore my personal dislike and paraphrase the slogan of a campaign commissioned by the Colombian government: In terms of the war on drugs, Colombia might be the answer.