As the Lib Dems head to Glasgow for their Autumn Conference, A Thousand Flowers has teamed up with the Cleggmaniacs to bring you these EXCLUSIVE OFFERS which we can assure you are incredibly rare and not at all over-ordered stock from when we got a bit excited back in 2010.

So if you’re heading to “welcome” the Lib Dems this Saturday, why not grab a bargain before they’re ALL GONE?

“I Agreed with Nick” T-Shirt

What better way to re-live 2010 than with this handy reminder? Did you agree that more cuts were bad for the economy? Not really notice when he dodged the question about nuclear weapons? Did you miss your chance to get paid by a PR company to pretend you knew who he was? Were you taken aback at the existence of someone who wasn’t a Tory and was somehow more charismatic than Gordon Brown?? These handy t-shirts help take you back to a time before you realised what a total bawbag Nick Clegg is.

Available in Small, Extra Small and too small to even be a t-shirt but we’ll still charge you t-shirt tax anyway.

This acoustic box set features EVERY SINGLE performance from your erstwhile favourite conference crooner.  Including all the greats like “Too Little, Too Late”, “Going to the Chapel (Unless you’re a gay)” and the number-3-but-we-got-pally-with-the-guy-who-got-to-number-1-so-that-probably-counts “Stuck in the Middle With You.” Get it while you can because it’s never going to be reissued.

Create Your Own Pledge Cards

Couldn’t be arsed with any of the Lib Dems last election pledges?  Don’t worry… neither could they! Why bore people by making promises about tuition fees you’re not going to keep when you can fail to keep much more interesting promises?  Now you too can promise ponies to small children, unicorns for the elderly and free personal care for swans knowing full fucking well it’ll never happen with this set of 10 blank pledge cards, pre-signed by the Great Leader.  Comes with permanent marker*

*Permanent Marker may just be old biro due to “the cuts” or in the “national interest”, or something.

Does the thought of Nick Clegg heading North to tell us we’re all Better Together give you a bit of… cockburn? (it’s pronounced “coe-burn” allegedly… whatever East Coasters!) If the appearance of Nick in the North gives you an intense itch in the balls then why not try our exclusive Willie Rennie? Don’t worry about troublesome chalky residue, just place Willie Rennie on the ballot paper and he completely disappears!  So soluble, you’ll barely remember he ever existed. 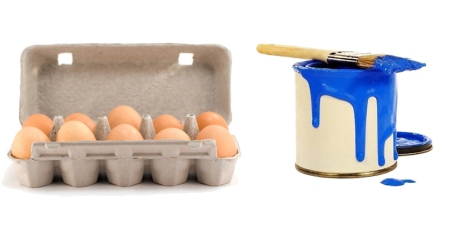 Welcome Nick to Scotland the traditional way with this exclusive box of “Clegg Eggs.”  No more spills on your laminate from filling the eggs with blue paint at home!  Thanks to the wonders of the Workfare Program, these eggs come ready filled by eager baby-faced former party members working for bugger all.

Available in Dozens or “Clegg Dozens” (15, so you definitely splatter the fucker.)

DON’T MISS YOUR CHANCE TO SNAG SOME EXCLUSIVE MERCH TO CELEBRATE THE CLEGGMANIA REVIVAL TOUR THIS WEEKEND.

GET YOUR HANDS ON SOME BEFORE IT SELLS OUT (AGAIN!)