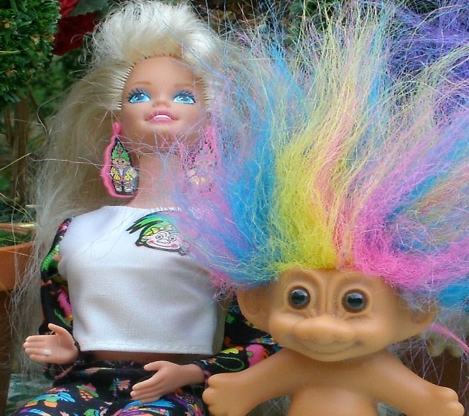 TRIGGER WARNING FOR DISCUSSION OF SEXUAL VIOLENCE AND RAPE

You know when you see something that’s just out of order?  There is always the part of my brain which thinks maybe I should just go to bed.  Maybe the fact that someone in cyberspace is wrong about something isn’t actually the most important thing in the world.  But 9 times out of 10 someone is already on it.  And, since they make up more than half the population, sometimes that person is a woman. If they are, I grab a coffee and prepare for a long night.  Because it seems that any time a woman challenges anything online, the same pattern occurs.  Here are the Top 5 responses to any woman who dares to speak her mind:

What?  That’s totally funny.  Yeh it is LOOK at her? What a state. LOLZ.
It‘s not racist, it‘s just a joke. Cheer up!
It’s just a bit of banter!

Except they are never funny.  And what little fun they may be having is wiped out by how horrendously upsetting it is when people you assume are sound start behaving like complete morons.  A picture of me and my pals falling about? Funny.  A quip about a stranger on the train? Maybe. Racism? Rape jokes?  Nope.  I have a sense of humour – I sense what’s funny.  And if you’re using this as your only defence for being a tool – it’s not you.

OK, so we even if we went too far (which we totally didn’t) – no big deal – stop being hysterical.

The Michael Winner/David Cameron defence.  It would never matter if a woman had politely asked for said offending item to be removed or calmly asked that someone explain a particular comment – these ladies are clearly just going all keyboard warrior batshit.  When a women dares to swear, it’s clearly the behaviour of someone wailing into her lace hanky in desperate need of a soda & lime and a nice lie down.  If it wasn’t actually a big deal they would sort it, apologise and move on.  That never happens.

We’re a club night/the facebook page of a brand of condoms/a class based socialist party NOT a gender obsessed discussion group.  If you don’t like it then you can git out.

This response fails on so many levels.  Firstly, it assumes there is a contradiction between whatever the  space is supposed to be about and not being a massive knob.  Often in such debates, the idea that you can like going out dancing, having a laugh AND not be horrible to women is a revelation.  More crucially though, expecting those who have been excluded or disheartened  to leave while the offender gets to define the space is all the wrong way round.

The WORST thing I’ve ever been called in an online flame war is a “gremlin” while the same night the 3 women were subjected to a brutal barrage of immensely personalised, spiteful insults about every aspect of their appearance.  Not content with the physical it almost always moves on to, “you’re a mental.”  Making assumptions or assertions about a woman’s mental health (who may be more susceptible to being triggered, baited and bullied) in order to score points in an argument makes you a terrible person.

1. I know what would sort you out!

Bet this is all coz you’re not getting any.
Tell you what I’d do to you lot!?!

It’s all been building to this.  First you don’t understand, so please just calm down, if you can’t calm down then shut up, when you won’t shut up you’re obviously mental.  But there is an answer.  The man has a suggestion for what would calm your mental self down and keep you quiet at the same time.   Now the insults have failed – it’s time for the sexual threats. It’s truly disturbing how often men in arguments explicitly state that they are rapists and that they intend to solve their problems with rape.

You could ignore all this.  It’s not like it’s happening in the “real world.” It could be dismissed as nothing more than online boredom, meaningless trolling or the misogynistic fantasies of a bunch of silly wee boys waggling their willies on facebook. I’ve watched these same 5 responses too many times to believe that‘s all that‘s happening.

I don’t blame social media or the internet for misogyny and nastiness because it’s not the job of “the internet” to teach young men not to rape.  What we see happening online is a projection and perhaps an amplification of the failings of our educational, social and political system to effectively challenge male violence.  We simply do not educate our young people, especially young men, about how things like love, sex, consent and relationships work. It worries me just how real these attitudes and those who express them are. These men are not acting with the added bravado of internet anonymity, which is often cited as an excuse for the prevalence of these horrible things online. They are often well known to everyone involved in the discussion, and if they aren’t, a quick glimpse at their facebook will fill in any relevant details.  Yet they still feel confident enough to dismiss, to bully, to make sexual threats in a public forum or simply to declare themselves rapists whenever a woman disagrees with them.

These responses reveal some of the basic principles of our rape culture at work.  They are an attempt to minimise and dehumanise women, to exclude women from a space before moving on to a physical, psychological and sexual cyber assault. That’s why they need to be called out each and every time, even if it means a few more late nights. While we continue to spawn silly wee boys who go on to become rapists I’m taking no chances.